Home » Fashion » Style File: Kiernan Shipka Had Herself a Fashiony...

Style File: Kiernan Shipka Had Herself a Fashiony Kind of Week Miss Kiki is NOT the kind of girl who’s going to let her participation in an Emmy-nominated drama pass by without some major red carpet expression going on. When this gal has the opportunity to fashionista her shit up, she does not shirk, kittens.

Although we suggest she’s entering a more experimental stage in her style evolution. And you know what they say about risk-taking, darlings. Or maybe you don’t: There’s a 50/50 chance your risk won’t pay off. That’s why people love to see it successfully pulled off.

And with that opening, we’re off to assess.

Kiernan Shipka at the Variety And Women In Film’s 2017 Pre-Emmy Celebration in Delpozo. 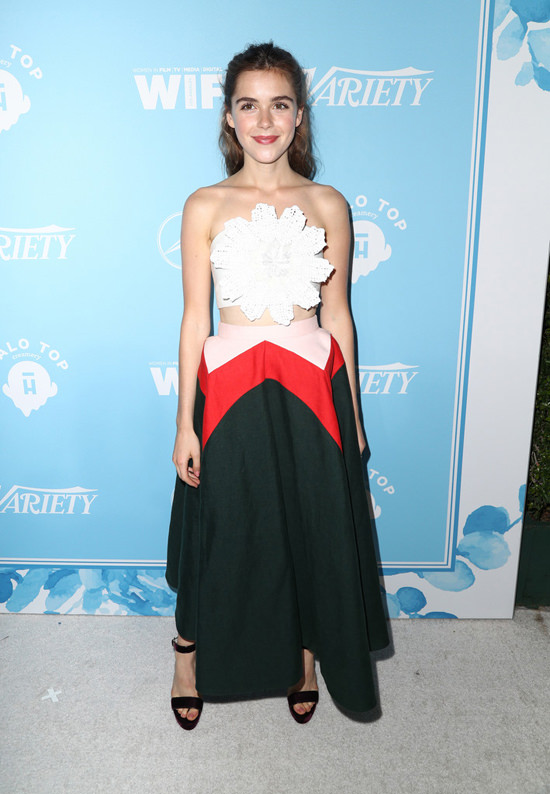 We love Delpozo and we love that she loves Delpozo, but we’re afraid we can’t fully sign off on this one. The skirt is great. The top is … hmmm. Let’s say this: we might be convinced of its charms if it was paired with the right piece, but there’s too much of a disconnect between it and the skirt. And it really is a bit much. 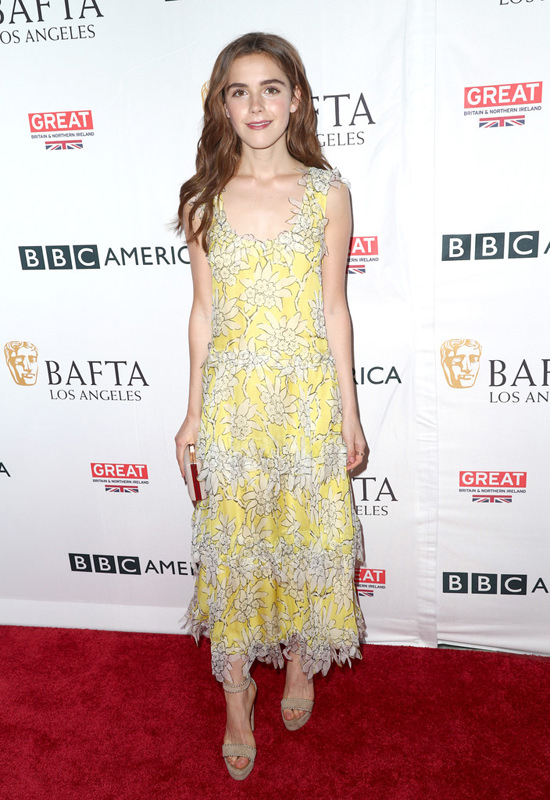 Look at K Ship, going all Boho! It is a thing that 70% of college-age girls must go through in America, so welcome to the tradition, darling. Granted, 99.999% of those gals don’t get to work through their Hippy Chick phase in Valentino, but still.

Kiernan Shipka at the FX and Vanity Fair Emmy Celebration in Miu Miu. As always, she makes the best Miu Miu muse. It’s simply her brand for now. Not that we begrudge her her Valentinos and Delpozos, but for the foreseeable future, this will probably be her go-to for when she just wants an easy look that suits her. If there’s a critique, it’s that the accessories are full of personality and they’re pulling focus from a dress that already has enough. Love the hair, though. Previous post:
Kirsten Dunst Gets Rodarte’d at the “Woodshock” Los Angeles Premiere Next Post:
There is No Shame in Halle Berry’s Game at the “Kingsman: The Golden Circle” Premiere