Home » Fashion » Style File: Gwendoline Christie Had Herself a Time...

Style File: Gwendoline Christie Had Herself a Time in New York Lady Brienne sheathed her sword, put on some party-wear and warpaint, and got down to the serious business of partying her way through Fashion Week while also promoting her work. Attagirl.

Now if only we could say we loved all her choices. 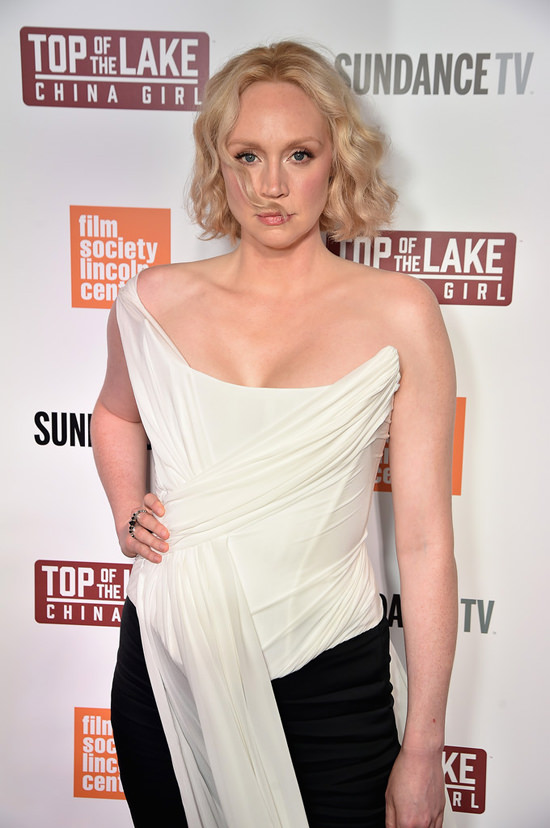 Westwood is 100% her jam. She loves edgy, mostly British designers and Miss Vivienne tends to fit the bill a lot. We like the top quite a bit, but the pants and shoes don’t quite come to its level. Her makeup is really pretty here. We love the Rocky Horror makeup, but Helen Mirren would like her dress back, please. So long as you didn’t throw out the lining. This breaks just about every written style rule for tall women or plus-sized women. It’s huge, boldly colored, and has yards and yards of extra material. And the neckline broadens her shoulders visually.

And yet, if we saw this walking down a New York sidewalk, we’d be all “WHO IS SHE?” Maybe it’s a bit much for the appearance and venue, and maybe it doesn’t “flatter” her as people normally tend to use that word, but we think we love this. The boldness and drama are really appealing.