Kittens, isn’t it time to put this little attention-fest to bed? The answer is yes. Getcha judgin’ pants on. Love it. Probably the best Balmain ensemble we’ve seen in years. Or at least, the first one that doesn’t revolt us with its tackiness. Granted, this isn’t exactly low-key, but this also isn’t the place to go small in your style choices.

We feel as if the hair and makeup isn’t quite living up to it, however. Wow, she really does go totally generic when she ditches her signature hair style, doesn’t she? Someone has clearly jumped on the fame train. Far be it for us to begrudge anyone their success (or even their naked attempts to get more of it), but slim, hot, stylish Billy is … not at all the persona that got him famous in the first place. He’s still funny, though. And he does look good. He just looks like someone else. Dude, if you’re going to wear slim-cut pants on the red carpet, you’ve got to take the shit out of your pockets. That’s why God invented assistants.

Cardi B in Christian Siriano Christian, we luvya, but it’s lame to send any gal to the VMAs in a bullet bra. It’s been done – so much so that we don’t even have to mention who did it. Suffice it to say, it’s an iconic look that should probably stay with the icon who made it.

Also, the rest of this design is weird. Never forget that everything you see here has been carefully put together as a look, right down to the askew collar and weird sleeve situation. We don’t mind that he’s so casual, but the studied messiness is eyeroll-inducing. 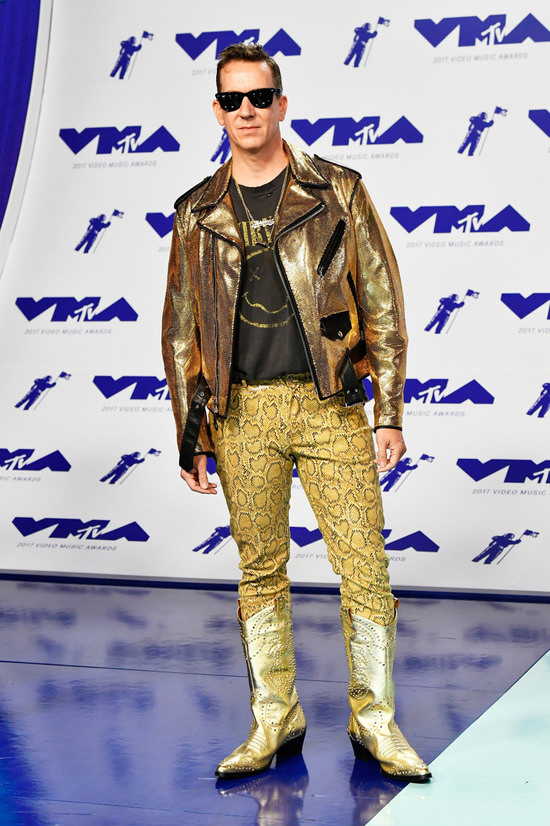 Because every party needs a tacky-as-fuck queen, that’s why. We’re okay with everything but the hem length. Newp. First, it’s not your style. Second, the color does nothing for you. Third, it’s ugly. We expect little agreement on the matter.

Mel B in Di$count Universe Big lettering on dresses is too much of a cliche to work at this point. If you ignore the message-sending, it’s a pretty great look, though. We like this look on its own merits. It’s stylish and modern in feel. We just don’t know if it’s the right look for her. We look forward to the day when clothes stop being imaginary.

Also, walking around with two dead hamsters slapping against your upper foot all night doesn’t sound like much fun. Cute-hot. Not stylish, but do-able.