Comic-Con 2017: The “Black Panther” Panel Won The Most Gorgeous Panel Award, Which We Just Made Up

The Thor panel was great fun and the Justice League panel was a great victory lap for Gal Gadot, but for sheer beauty and style, the Black Panther panel could not be beat. 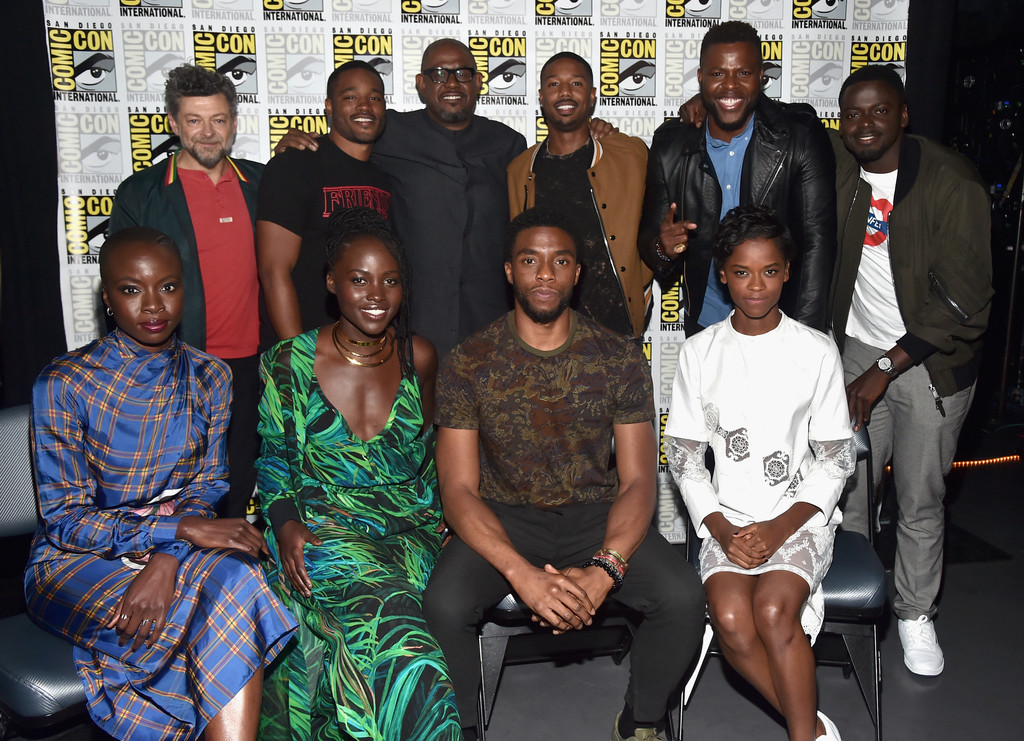 THAT is almost too fabulous for Comic-Con.

And speaking of fabulous… What a gorgeous poster.

And speaking of gorgeous…

These folks don’t even need good lighting or a decent camera. They’re all effortlessly good-looking and drop-dead chic. Marvel really aced the casting on this film. Unlike all the other Marvel properties on film, the cast of this one had to be regal beyond regal. We’d say they nailed it, wouldn’t you?

And speaking of driveby fashion commentary… Perfectly coordinated, casual and on trend. He looks hot, on point and comfy. Would kill for that jacket. It’s not perhaps as stylish or trendy as Chadwick and Michael’s looks, but he’s still better dressed than ninety percent of the male stars at Comic-Con.

The ladies, on the other hand… They put a little more work in. In all honesty, we can’t say we love any of their looks from a style perspective. The graphic elements on Danai’s dress just don’t marry well. Letitia’s dress is probably our favorite of the three, but it’s kind of boxy. The kicks are what make the look. As for Miss Lupita, the colors and print are perfect and on point and she looks super-comfy. For the setting, a matching jumpsuit and duster in a wild print works just fine, but we don’t tend to love the two pieces together. Maybe it was cold in the hall (judging by the jackets), but we think the jumpsuit probably looks better without the coat.