Indie folk galore came out to celebrate and promote, darlings. Let’s show them what real, hardcore, Hollywood-style judgment is all about, shall we?

But with love, of course. Always with love. We don’t know … this just seems like her style, somehow. Pretty sure we’ve seen her in some version of this dress several dozen times over. Simple, sleeveless and draped. That’s her thang. We don’t exactly love it, but it’s perfectly fine for the occasion. The jewelry and shoes could’ve been a little better-chosen. Neither really go with the dress. 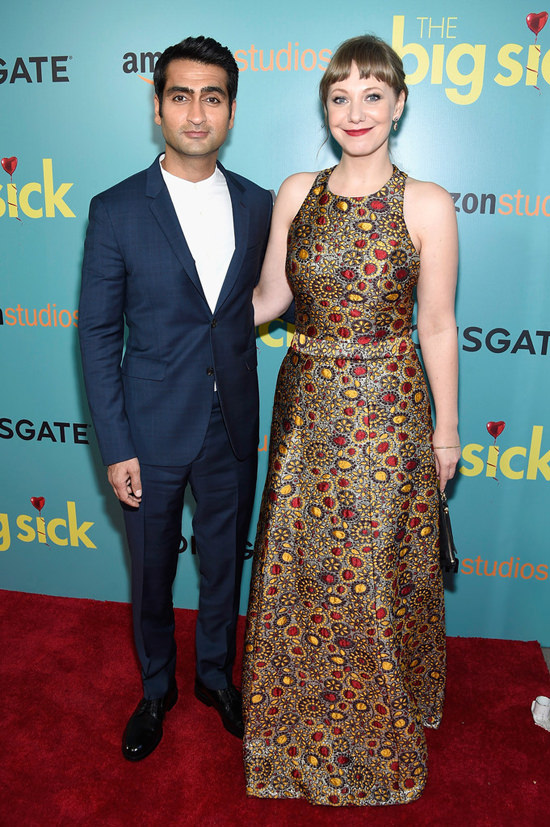 They look adorable. It’s hard to tell with the way he’s posing, but we’d bet the fit on that suit is pretty close to impeccable. He can work the tieless dress shirt look, but we think the whiteness of the shirt could’ve been toned down to a gray or light blue for a better effect in pictures. The fabric on her dress looks like upholstery, but we love the colors and pattern on her.

Paul Dano (in Gucci) and Zoe Kazan (in Vivetta) We literally had to delete a half-dozen attempts at wit here because they all wound up being violent revenge fantasies in the end. Suffice it to say they get the Most Pretentious Couple award at prom.

We don’t necessarily mind what they’re wearing. We like her dress a little, even though we’ve seen enough devil-red prairie dresses lately to last us a lifetime. It’s just that we’re about to gag on all the whimsy. Miss Girl, you had us until we got to the footwear.