If the title wasn’t warning enough, the images below are mildly graphic and disturbing and not as fun as the International Male catalogue shoot of earlier scenes from this series. 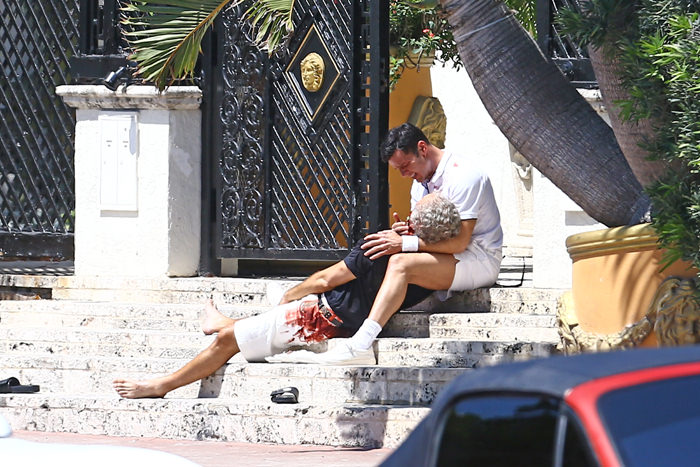 We’re not usually the type to be disturbed by a murder scene seemingly as mild as this one, but Ramirez’s startling resemblance to Gianni makes the images truly jarring. We’ve had a tendency to wave this project off, but we’re starting to think it’ll be as dramatically rich and hard to watch as The People vs. O.J. Simpson was. Like that project did, this one’s going to bring back some feelings a lot of people forgot they had.