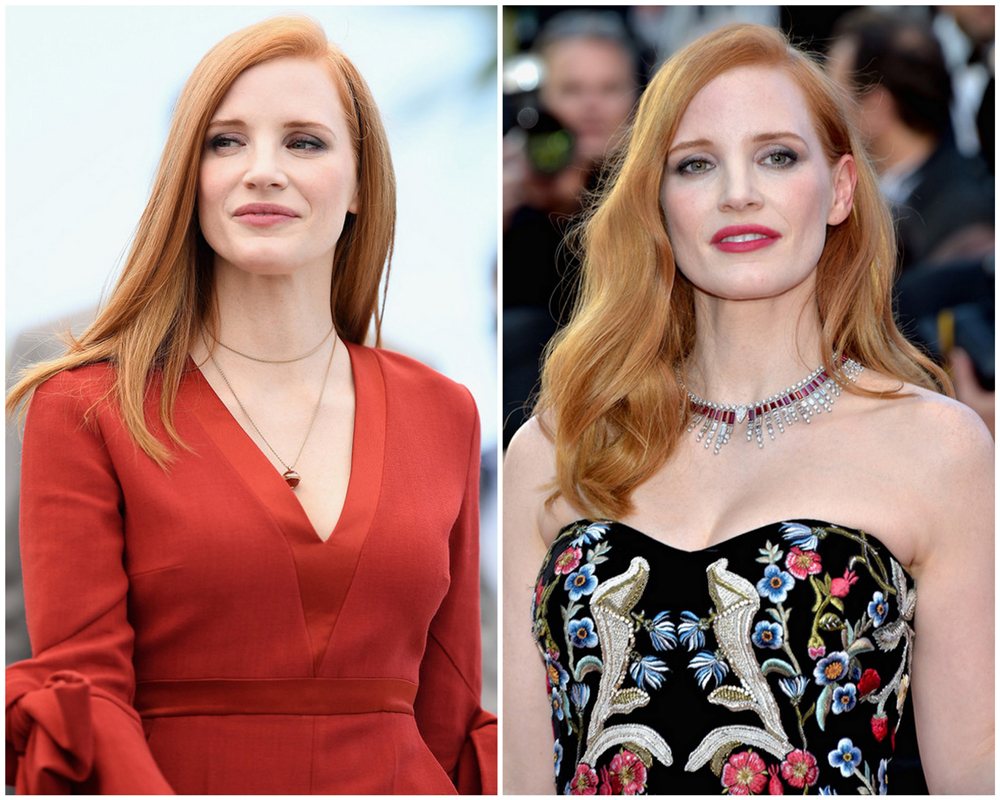 You can usually count on Miss Jessica to bring a well-balanced combination of chic and glam to proceedings such as these. Let’s all hold hand and see how she did, yes? Then pick it apart.

Jessica Chastain attends The Jury Photocall during during the 70th annual Cannes Film Festival at Palais des Festivals in Cannes, France in Roksanda. Oof. Honey, we tried really hard to love this when Miss Kerry Washington got to it first, but we just couldn’t bring ourselves to do it. The gold sandals, sunlight and red hair are helping matters in your case, but it’s still a fairly goofy tuxedo-jumpsuit with far too fussy sleeves. She comes closer to making it work than Kerry did, but it’s still not a hundred percent for us. Newp. We can’t. The bodice is pretty, but it’s pretty in that way that we’ve seen 200,000 times in the last two years, give or take. It’s just more over-embellished “forced whimsy,” and we’ve had our fill of that. We might have begrudgingly accepted it – because it is pretty, as we said, but then we scrolled down and came upon the other red carpet trend of which we’ve had our mega-fill, the frikkin sheer skirt. Plus all that velvet? We’re newping out on this one. We cannot.