Did you REALLY think we were going to let the above fiasco go by without us spewing our opinions all over it? To quote the Lesser Cher, “AS IF.” Miss Kendall Jenner’s attempt to solve the world’s problems by buying it a Pepsi managed to hit that zeitgeisty sweet spot by being both hilariously tone deaf and ripe for satirizing, but also infuriatingly ignorant, cynical and reeking so much of privilege that it skirted right up to the line of being a form of propaganda. It also seals the lid on something the advertising world is slow to understand about the Kardashian/Jenner tribe.

Then, after we wring as much as we can out of that one, we take a moment to congratulate the new EIC of Vogue UK, Edward Enninful, and hash out what we think it might mean for the world of fashion going forward to have a gay British-Ghanian black man heading up one of the world’s premiere womenswear magazines.

And OF COURSE, there is much T Lo tea to be spilled all over the RuPaul’s Drag Race catwalk (visual aids to follow), which we found largely disappointing this week. 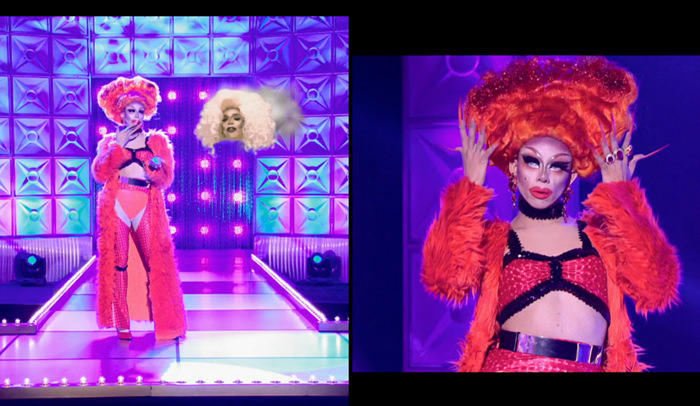 And throughout it all, we manage to giggle and snipe like the couple of over-caffeinated queens we are. We mean it when we say “Strap yourselves in.”

Thanks once again for listening along, dolls. Tell all your friends and enemies about us!

The sponsors for this podcast are eSalon, Away, Hubble Contacts, and Casper. Check them out! And listen to the podcast to get the promotional code and special offer for them.

Previous post:
Rami Malek and Finn Wittrock at the Audi Sport Launch Event, Which is the Bro-iest Title Ever Next Post:
Feud Style: Hagsploitation