Home » Fashion » Style Profile: Amy Adams is All Over the...

Style Profile: Amy Adams is All Over the Map in Chanel and Tom Ford Gather ’round, kittens. It’s time for us once again to sigh and puzzle over Miss Amy’s underwhelming style choices.  Did we sort of stack the deck with that opening? Sorry. It’s just that we know what’s coming. Church clothes. Pretty enough, but a total yawn. And another example of “If you’re granted free Chanel, why on earth would you choose this?”

It’s fine. It’s pretty. It’s just boring. Then again, given what she wore to the main event, maybe she should stick to boring more often. 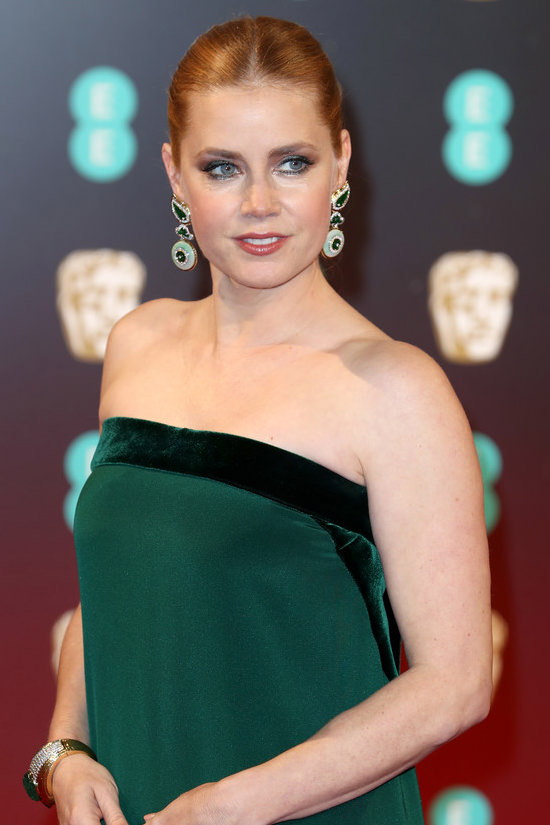 BECAUSE THAT SAGGY ASS IS A DEALBREAKER.

We can’t EVEN with that. We’ll grant that there are nice parts to this dress, like the back bow and the sheer part, but the shape and the way the bustline cuts into her should’ve been reason enough to politely decline Tom Ford’s invitation and/or to slap him and demand to know what the hell he was thinking.

Great color, though. Don’t love the hair, but the earrings almost make up for the rest of it.

Previous post:
Gabourey Sidibe is Feeling Herself in Öfuurë at the NAACP Image Awards Next Post:
We Feel Like We Need to Take a Moment Here With Andra Day