Kittens, do you find yourself lacking in the Recommended Daily Allowance of attractive celebrities right now? Allow us to help. The stars of the Best Performances issue are handpicked by W Editor at Large Lynn Hirschberg. This year, W asked different couples—not real-life couples and not movie couples, but actors and actresses coming together specifically for the magazine—to appear on the cover, as a symbol of unity.

Okay, so this issue is typically all about those actors ranked highest on the awards track right now, based mostly on the Golden Globes nominations. And the results are usually pretty spectacular. W has a knack for getting actors to act their way through a photo shoot rather than forcing them to awkwardly model their way through one. And they’ve done it again this year, but curiously, the theme seems to come down to… 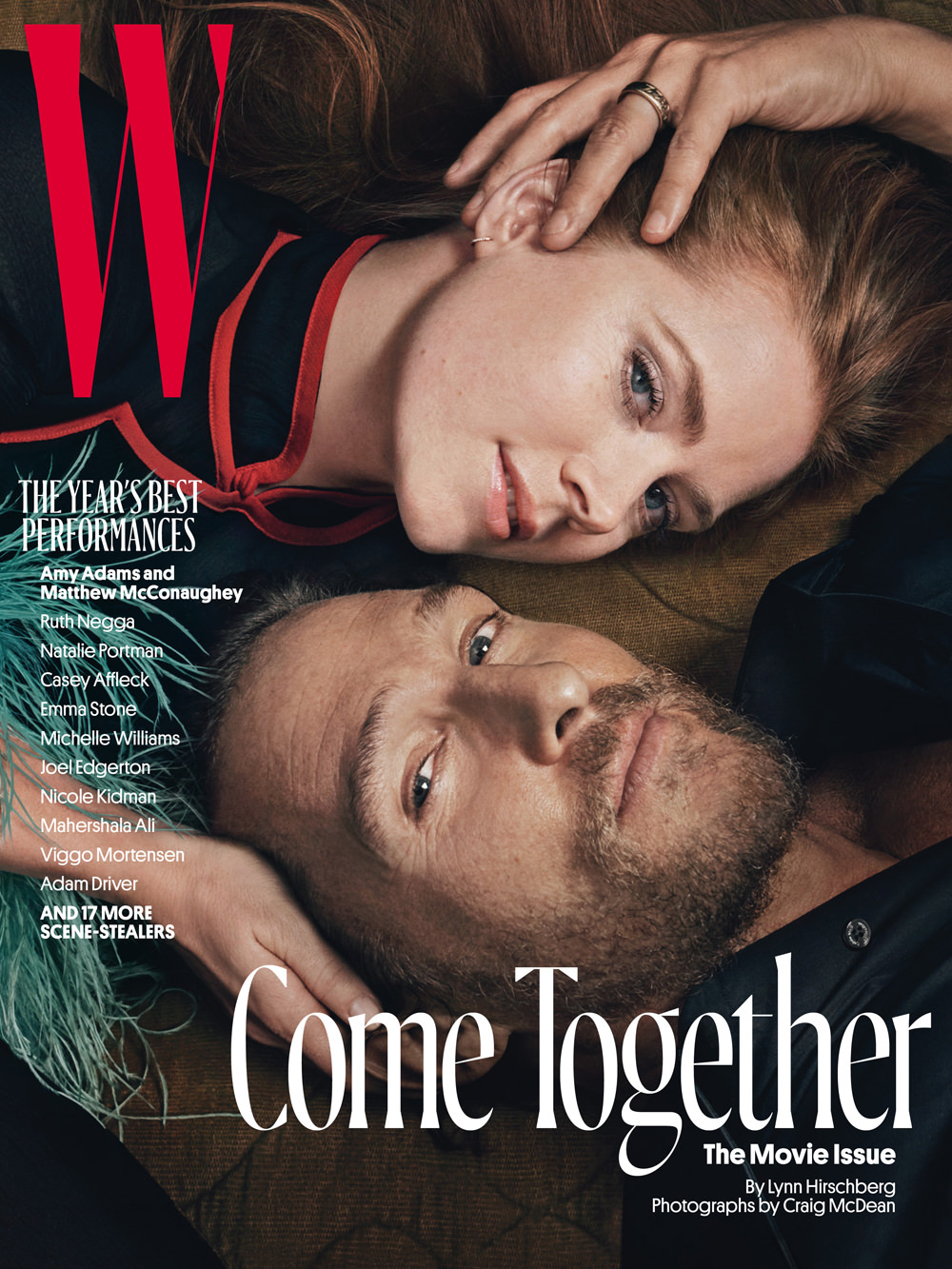 Which… alright, then. Go with that. At least they mixed up the couples a bit.

Inside, everyone gets real deep. And sexy. And also a little weird, truth be told.