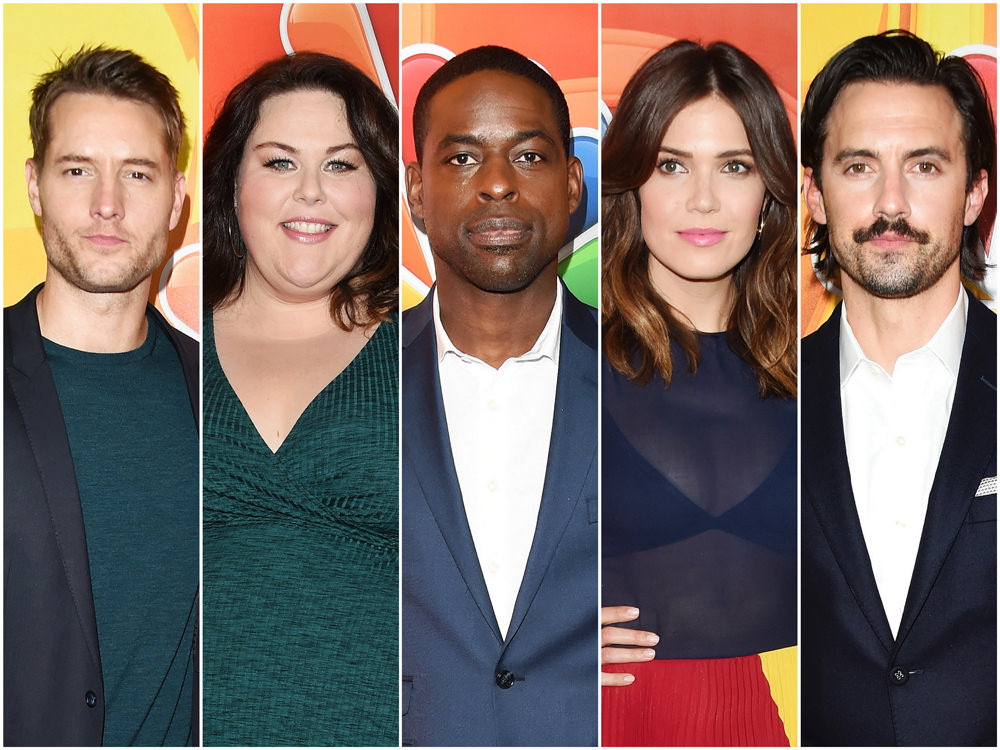 We’ll be perfectly honest with you kittens. We’re only featuring this lot because they have a really popular show and we figure at least some of you are fans. We, for our parts, have not jumped aboard the This is Us train, but that’s because we’re cynical, hard-hearted bitches who disdain joy and all that is good in the world.

And on that note, shall we judge, darlings? We can’t bring ourselves to judge harshly, though. Even though some come dressed to the nines for this sort of thing, it’s perfectly fine, and might even be preferred, if the stars kept things on the dressy-cazh side. All acceptable. The color looks great on Chrissy (and it’s possibly just a cute coincidence that her “twin” Justin is matched to it), but it feels like the footwear situation was a missed opportunity. Justin and Sterling look like they’re heading to the bar for Happy Hour, but there are worse ways to look. That’s a somewhat unexpected shot of bra, but this is a really cute dress. He really should just stick to totally retro styling to make that pornstache of his work. None of this is doing anything for him. Dress up like one of the Village People next time, Milo.