Now that’s more like it. Too much washed out non-color in Miss Nic’s wardrobe rotation lately. This is a much-needed break from all that mess: 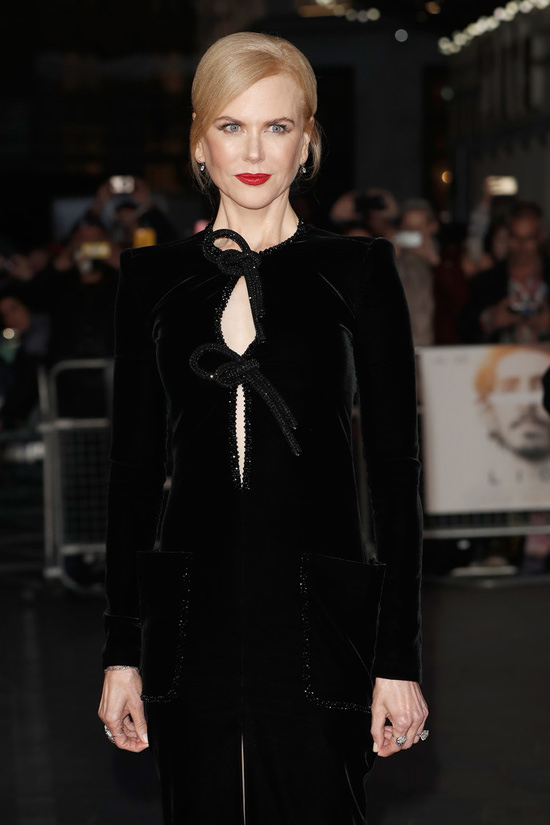 We noted a while ago that she has a surprising knack for wearing dark fantasy looks in the Disney witch mode. This isn’t quite on the level of some of her earlier, more glam takes on wearing black, but it doesn’t matter because it’s working just fine as it is. It doesn’t need an abundance of glitter or whimsical embroidery. Just that long, dark, dramatic shape in velvet, sucking up all the light and making her own paleness glow.

She has a facility for wearing black much like the Fanning sisters do, which isn’t surprising, given the similarity of their coloring. Some pale people put black on to accentuate their paleness and to make them look literally white in comparison. But with Kidman or Fanning coloring, it appears to us that black actually warms up their own coloring. She looks healthier – and literally warmer – than she did in those white and off-white ensembles of the past few days.