Ellie Kemper, Carol Kane, and Tituss Burgess revisit the past on the set of “Unbreakable Kimmy Schmidt”

We are SO ready for this: 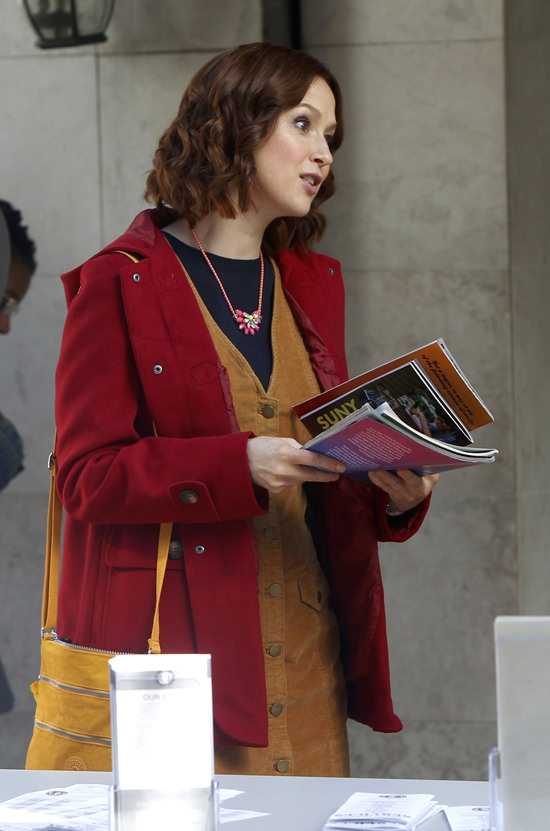 Ellie’s costume is really cute. It manages to be 2016 stylish while still reminding you of what a tween in 1994 would’ve worn. Girlfriend loves her primary colors. Oh, yes. This is happening.

We hope the wig wrangler wins an Emmy, because that is some highly praise-worthy work.

Previous post:
Chrissy Teigen in Michael Kors Collection at the Golden Heart Awards Next Post:
Rihanna does it her way in NYC