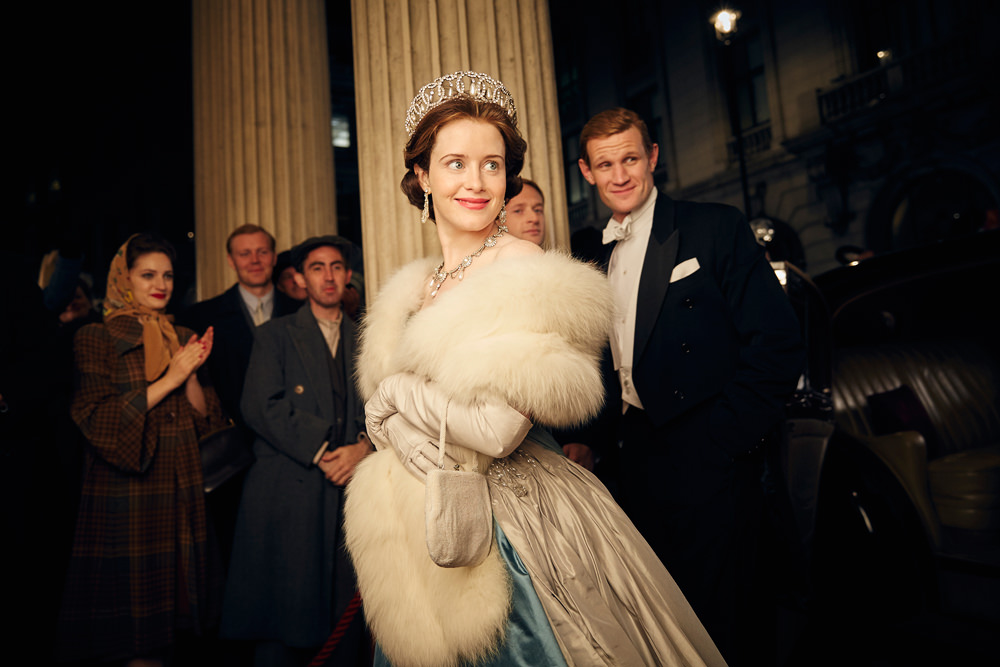 We got all kinds of excited about this series when it was first announced and the first trailer dropped. But new images and an even better trailer dropped today in advance of the series’ premiere on November 4th, and we’ve gotta say, we’re more excited than ever.

On Friday, November 4th, audiences around the world will be introduced to the Netflix original series The Crown and given a sneak behind the curtain on the personal, political and deeply private world of Queen Elizabeth II’s struggle to reconcile her personal life and public role, the Monarchy, and its precarious position in shifting the sands of post-war politics.

The Crown reunites acclaimed writer Peter Morgan (The Queen, Frost/Nixon) with director Stephen Daldry (Billy Elliot, The Hours) and producer Andy Harries (The Queen). Based on the award-winning play, The Audience, The Crown tells the inside story of Queen Elizabeth II’s early reign, revealing the personal intrigues, romances, and political rivalries behind the great events that shaped the second half of the 20th Century.

Series Description: A Netflix original series, The Crown focuses on Queen Elizabeth II as a 25-year-old newlywed faced with the daunting prospect of leading the world’s most famous monarchy while forging a relationship with legendary Prime Minister, Sir Winston Churchill. The British Empire is in decline, the political world is in disarray, and a young woman takes the throne….a new era is dawning. Peter Morgan’s masterfully researched scripts reveal the Queen’s private journey behind the public facade with daring frankness. Prepare to be welcomed into the coveted world of power and privilege and behind locked doors in Westminster and Buckingham Palace….the leaders of an empire await.

Yadda yadda. The point is this:

Are we nuts or does that not look really damn entertaining? If nothing else, it’s going to be gorgeous to look at.