Emma Stone and Ryan Gosling attend the premiere of “La La Land” during the 2016 Toronto International Film Festival at the Princess of Wales Theatre in Toronto, Canada. 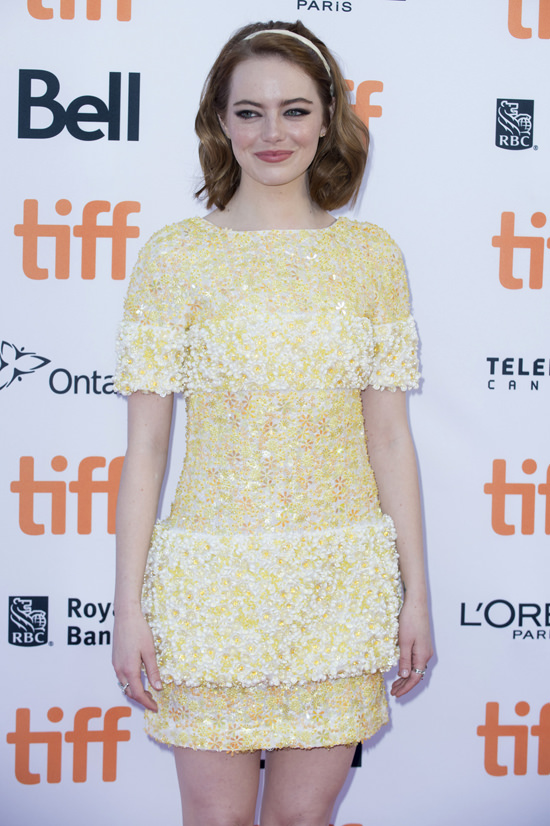 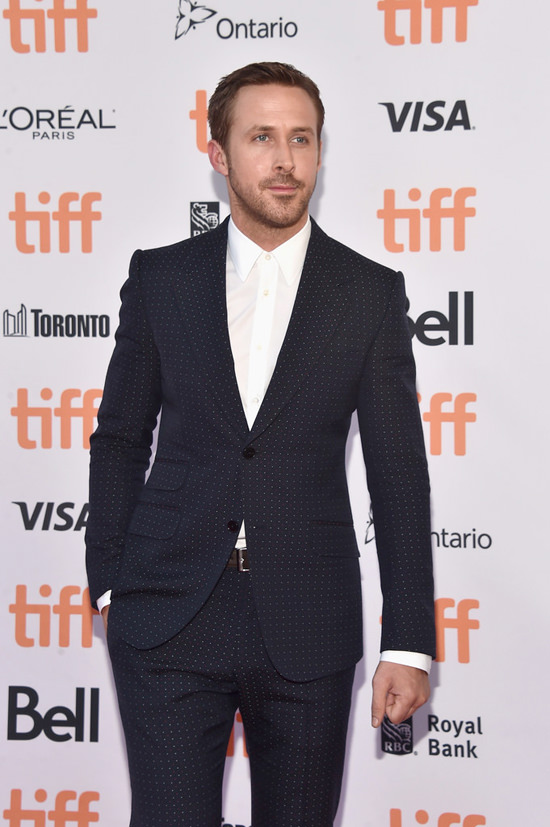 We’d quibble with that yellow as a good choice for her, and the dress has those weird raised bands, which we don’t love. But it’s hard to argue against this look for her. She’s looking pretty adorable and selling the hell out of it. We’d have rather seen him pair it with a tie and it may be a little too tight on him, but we can’t hate on the Gosling for wearing a polka dot suit.