Another big YAY-win for us. Between Sarah Paulson, Tatiana and Rami Malek, it’s almost like everyone consulted with us first before casting their votes. We’re not used to seeing the ones we want most to win actually win. We’re thinking of playing the Power Ball this week. 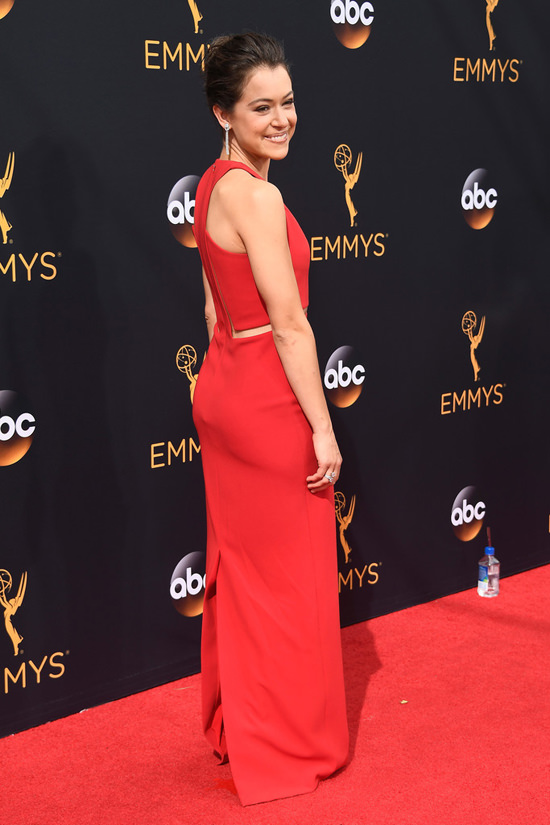 We are not, however, as thrilled with Tat’s dress choice as we are with her win. She’s not a floofy, fussy kind of fashion gal, we get that. Her red carpetry has tended to be a bit on the stripped-bare side of things. This is … just okay. A blank-slate dress like this calls for some judicious styling to zhuzh it up, though. She needed much better hair-and-makeup action than that. And while her earrings are nice, another pound or so of borrowed gems would have finished this off nicely.

Since she’s not the kind of gal to go for that kind of styling, we would have steered her in the exact opposite direction when picking out a dress. You want to keep your face clean and your hair unfussy? Fine. Pick a simple sheath in a bold print or beaded all to hell. Those kinds of dresses only need to be put on and walked out the door in order to make an impact. A dress like this one needs too much help.