Home » Television » Tyler Hoechlin in Costume as Superman on the...

Tyler Hoechlin in Costume as Superman on the Set of “Supergirl”

Tyler Hoechlin suits up as “Superman” as he films scenes for “Supergirl” in Vancouver, Canada.

These pics hit the internet over the weekend, so we’re a day or two behind on commentary, but considering our collective love of costume design and nerdery, we could not avoid opinionating about it.  To be perfectly honest, there’s another thing we both love – and that is what compelled us to post these shots more than anything else.

Can you guess what it is? Scroll through, darlings. 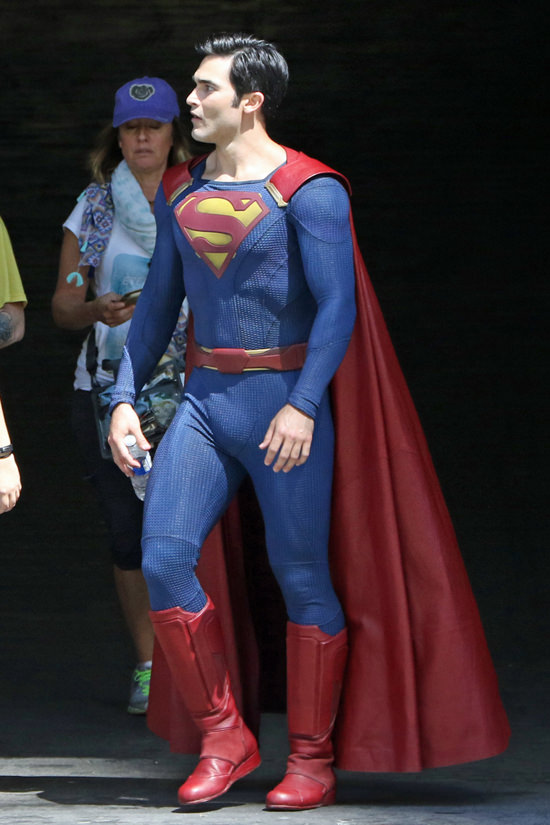 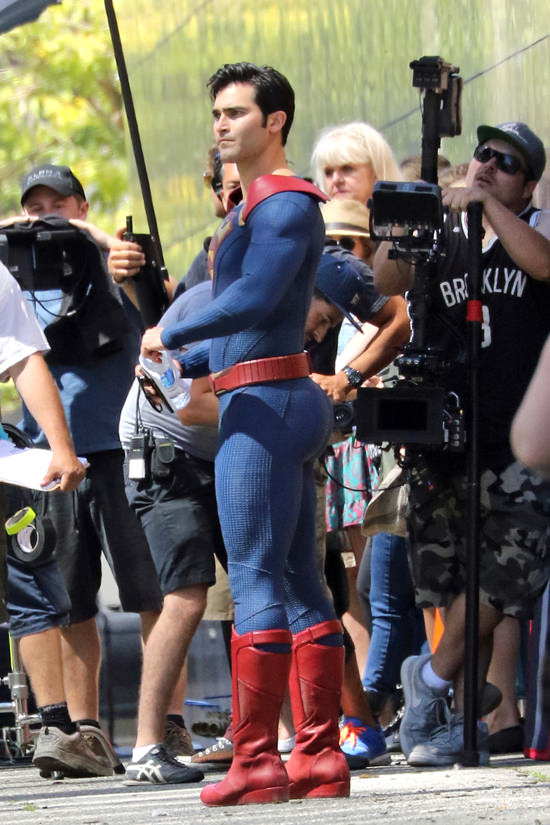 You are correct! If you said “man butt,” that is. Because darlings? Superman got a big ol’ one.

The costume’s okay. Both the boots and the way the cape attaches seem far more complicated than they need to be. It doesn’t look as… refined, let’s say, as the cinematic Superman costume, but we’ve found that most of the CW superhero show costumes (like the Flash’s) tend to look worse on set than they do in the show.

It’s hilarious that they put him in wedge heels, considering how often lady heroes are forced into them.