We love the hair and we can accept the jacket (it seems kind of appropriate for a film premiere like this one), but everything else looks really bad. 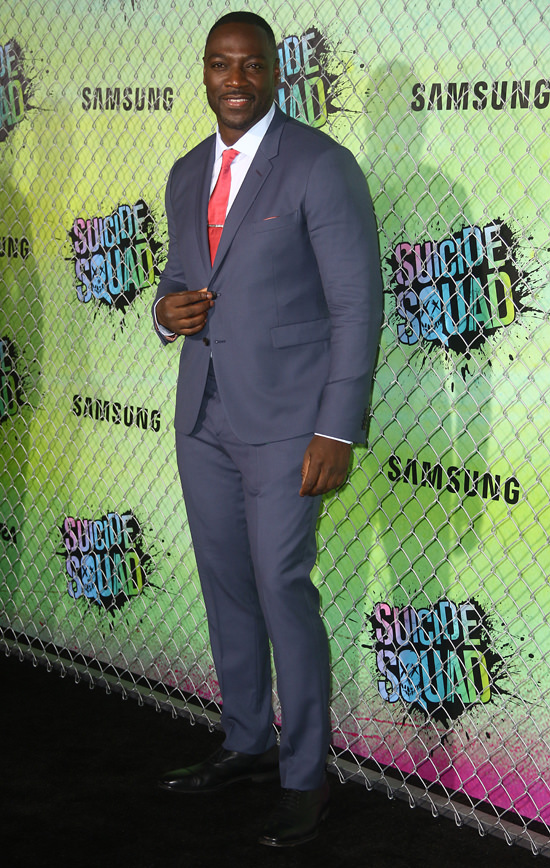 We’re just going to have to keep on saying this, apparently: If you’re wearing a suit and dress shirt with no tie, then the latter needs to be very well pressed so that the placket of the shirt doesn’t collapse and render the whole look slightly sloppy. And you only get to leave one button undone if you don’t want to look a little sleazy. Love the kicks, but strangely enough, the tie doesn’t really seem to go. FOINE AS HELL. But the knot in his tie isn’t the right one for a spread collar. You need a full Windsor, son. He looks great (it’s hard for him not to) and we really like the slightly unusual color of the suit. We just wish he hadn’t repeated that color in his tie. Needs more contrast and color.