Miss Margot’s flying out to Japan for the next leg of the Suicide Squad tour. We, for our parts, are impressed by her style commitment. First Class or no, most mere mortals wouldn’t regard an 11-hour flight as the time to put on a linen wrap dress and a pair of heels. 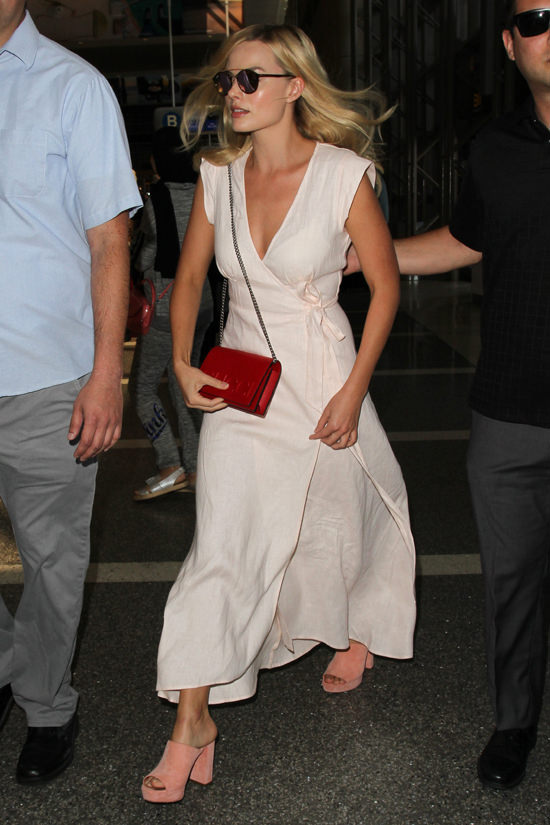 We suspect she could undo that dress with one tug to reveal the pajamas she’s got on underneath. The accessorizing is pretty bad – those shoes are kind of hideous and a red bag isn’t quite right for a pale pink linen, but kudos to her for making sure the label’s clear in every shot. It may be a bit grandiose for international travel, but it’s a good look if you know you’re going to get pap’d on the way in.

Previous post:
Lily James and Matt Smith at the “My Burberry Black” Campaign Unveiling Party Next Post:
Jennifer Lopez on the Set of “Shades of Blue”