On looking pretty tight with Blake Shelton during her second season on the show: “We were laughing our heads off when we saw the blind auditions. I love NBC, but they for sure edited stuff to look like we were flirting. They chose to run with that story before anything was even real. I hardly knew him. But it was like it was in the air—happening before it happened.” 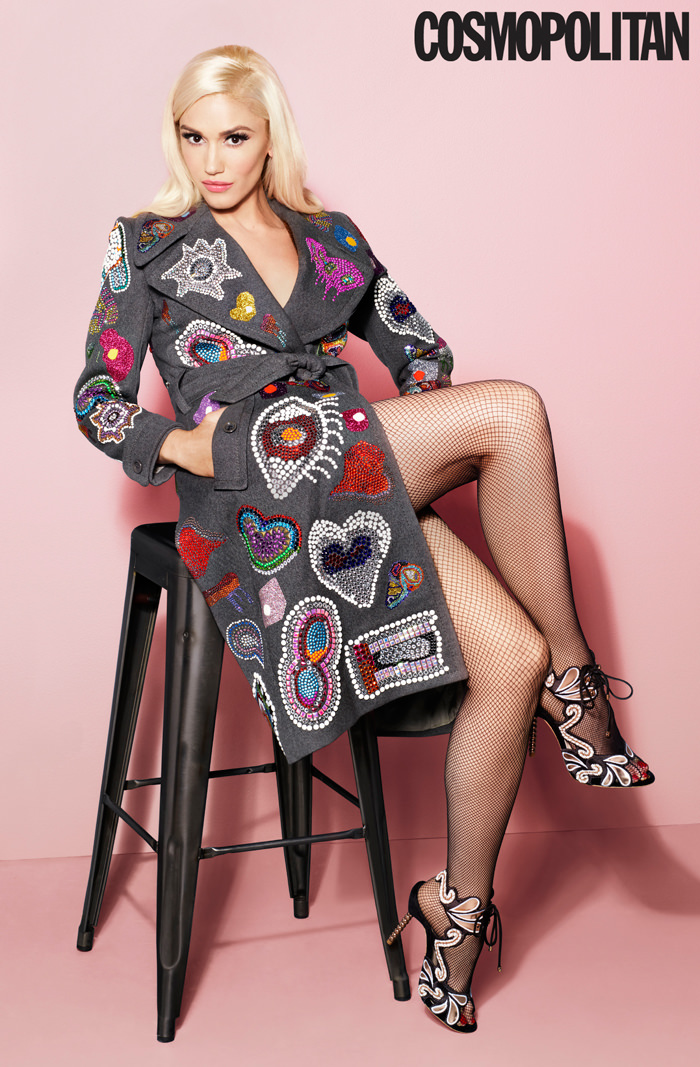 On whether anybody knows the specifics about what happened with Gavin Rossdale: “Nobody except for my parents, the people involved, and whoever they told. Nobody would believe it if I could really say what happened. I went through months and months of torture.”

On whether she knew something was going on: “All you have to do is listen to every single song I’ve ever written and it’s all there. It’s an ongoing theme that I’ve had for a long time.” On writing a song with Blake, which she never did with Gavin: “…We were both having trust issues, as you would if you were us. It was like, I have so many problems. How can I now be getting into another potentially huge problem? What am I doing? Blake wrote the song and sent it to me. He was like, ‘Help me finish it.’ I wrote a verse and sent it to him, but he was gone because he doesn’t live in L.A. He didn’t have Wi-Fi, so he wasn’t answering me back! As soon as he came back to town, he brought his guitar over. We were like, ‘We wrote a song together! This is crazy!'”