Home » Fashion » Cara Delevingne in Alexander McQueen at the “Suicide...

This is what happens when you cast a model in your movie. Crazy-fierce red carpetry: 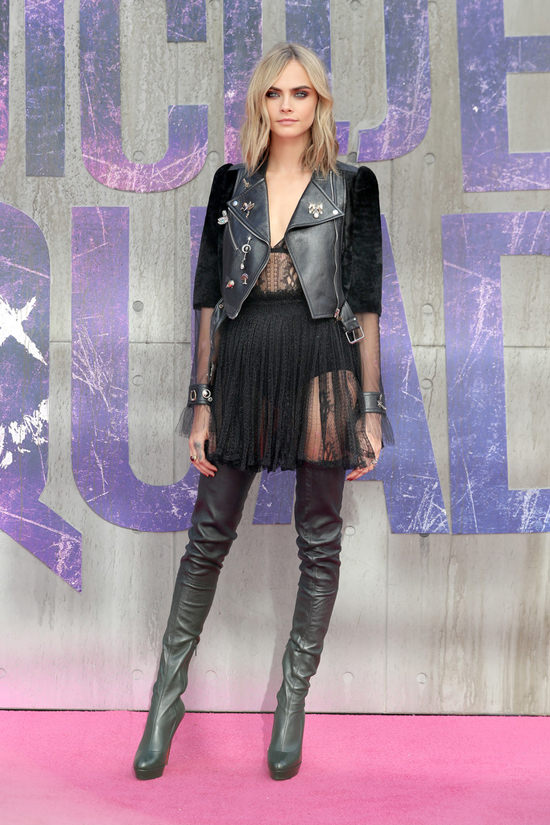 This is how Madonna wishes she looked half the time.

Tell you what: We’re picturing Madonna wearing this exact outfit and … thinking it would probably work fairly well for her, actually. See, the issue here is not that Cara’s making this look so fierce because she’s decades younger than Madge. It’s that this has a freshness and ease of use to it that a lot of Madonna’s similarly styled looks just don’t. Notice that Cara’s hair is fairly played down and she’s wearing very little jewelry. She’s letting the outfit speak for itself. It’s not over-styled or try-hard. It’s exactly what she can handle. These are not things you can always say about Madonna, even though this is pretty much exactly the kind of look she tends to go for.

We don’t know … just a bunch of rambling thoughts. Cara looks amazing and we still think Madonna could pull pieces like this off if she learned how to keep the rest of the styling fresh and fairly clean. Previous post:
Vanessa Hudgens Out and About in LA Next Post:
Kristin Chenoweth in Alexis at the NBCUniversal Press Tour