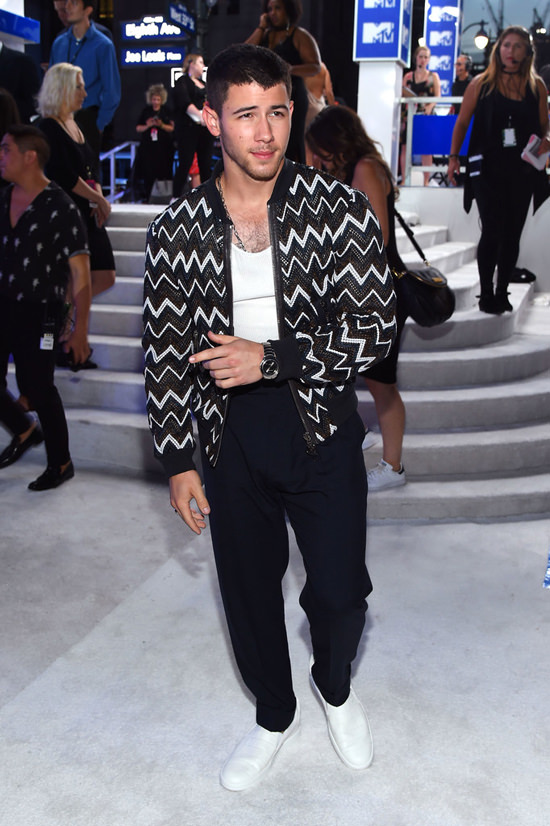 We’re pretty sure no one rags on Nicky Tryhard as much as we do, but we’re going to go against the social media grain on this one. There was a rush to make fun of this look on the twitters, with quite a few people making Charlie Brown cracks about it. But we love this jacket. We hate (or at least dislike) pretty much everything else going on here, but the jacket is pretty killer, if you ask us.