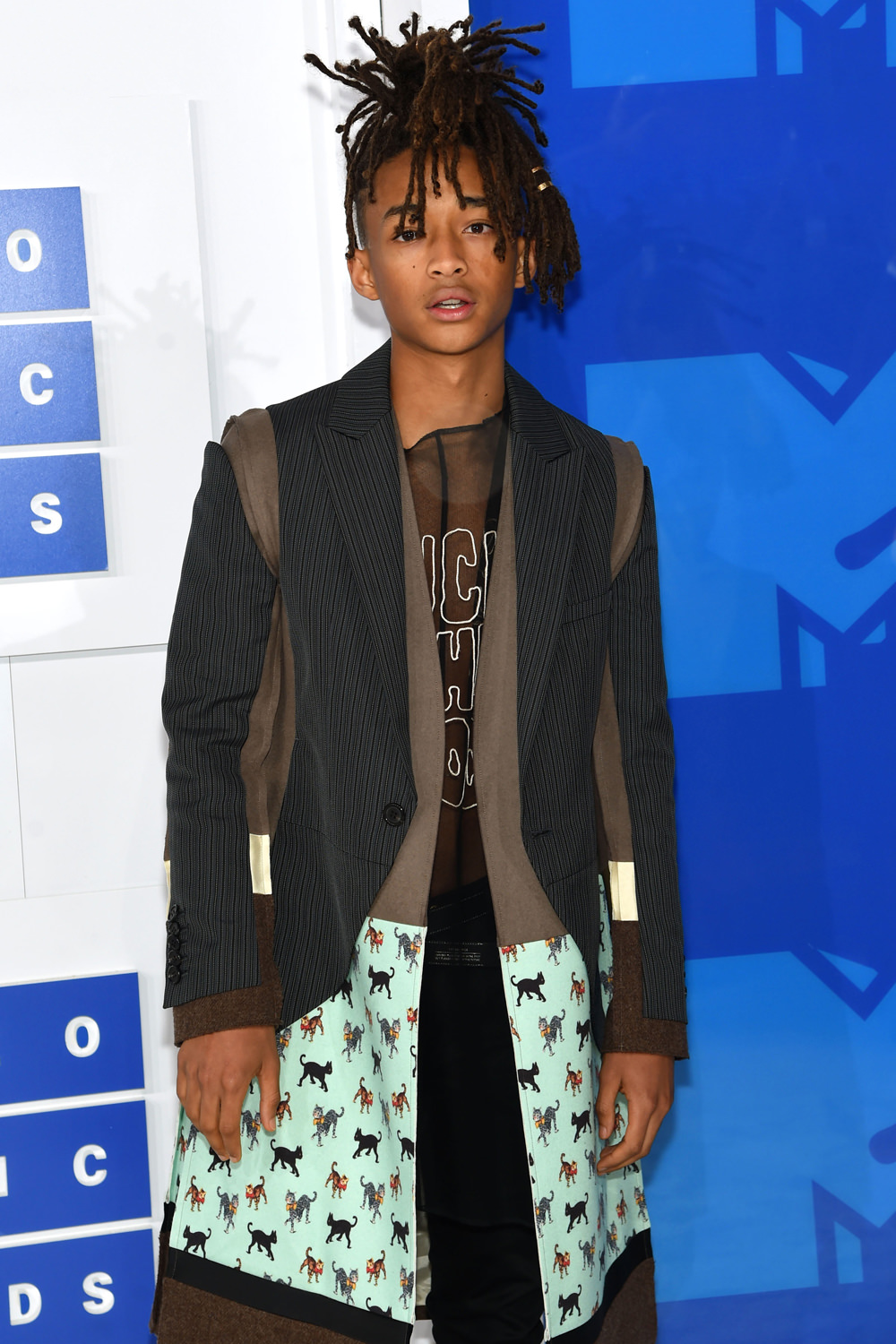 As per the uzh, we don’t expect a lot of agreement on this, but we just love this kid’s style. It’s modern, it’s next level, and it’s so far from the norm that it could be praised solely on that fact alone. The great thing about this outfit is that it demands that you look at it and try to figure it out. That’s a great style goal to have. Even if your only response to the outfit is “What the hell is that kid wearing?” He doesn’t dress like this to make you comfortable. He dresses like this to make you look. And for a red carpet situation – especially a VMAs red carpet – that’s exactly what you want.