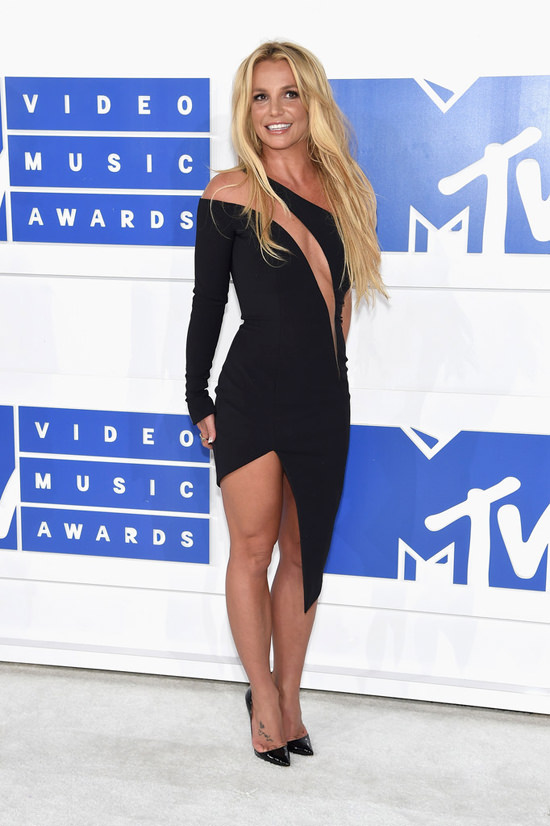 All things considered, this is pretty good. Not great, but not a disaster either. We don’t like the asymmetry of the skirt or the exposed zipper. And the lack of color feels like a missed opportunity. But it works, for the most part. It isn’t what we’d call chic, but it gets the job done for the VMAs red carpet. Her feet look tortured, though.

Can we talk about her performance? Granted, no one was going to come out looking good as the followup to that insane Beyonce performance, but her lip synching was terrible, her dancing seemed perfunctory and dated, her costume was Vegas-tacky, and she looked pretty much terrified through the whole thing. It made us sad.