Home » Fashion » The Cast of “Suicide Squad” on “Despierta America”...

This cast is poledancing like CRAZY for this film. Which is fine by us, because they’re all cute and they look like they’re having fun with each other. It could all be bullshit, but it’s easier to just go with the PR sometimes. Right now, they’re only being called up for casual events, so the real fashion story will come when they have to do red carpetry. But for now, we dig their collective cazh style. As per the usual, the ladies are taking risks and the men are dressed like dads. 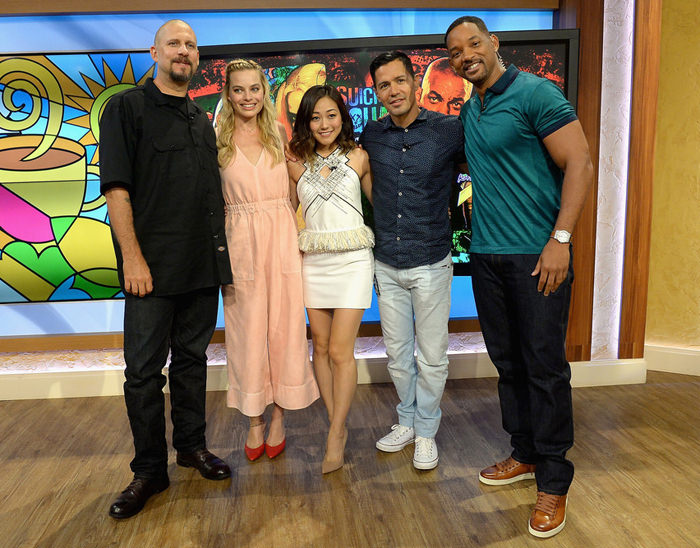 Margot’s been dressing in some pretty cray looks so far, but we can’t think of a more appropriate style direction for promoting this film. She just has to avoid the trap of dressing too much in character, though. The promotional poledance isn’t for literal cosplay. An actress is selling herself in these appearances as much as she’s selling the project. When you start showing up in costume, you stop promoting yourself as an actress. Anyway, that’s a long-winded way of saying this cray-cray look is borderline on-the-nose for us. And kind of ugly.

Karen’s no slouch in the cray department, it would seem, since her skirt has a mustache. Can’t really get behind that.

The guys look like cute dads, as we said. No complaints, especially because they’re filling out their shirts nicely. 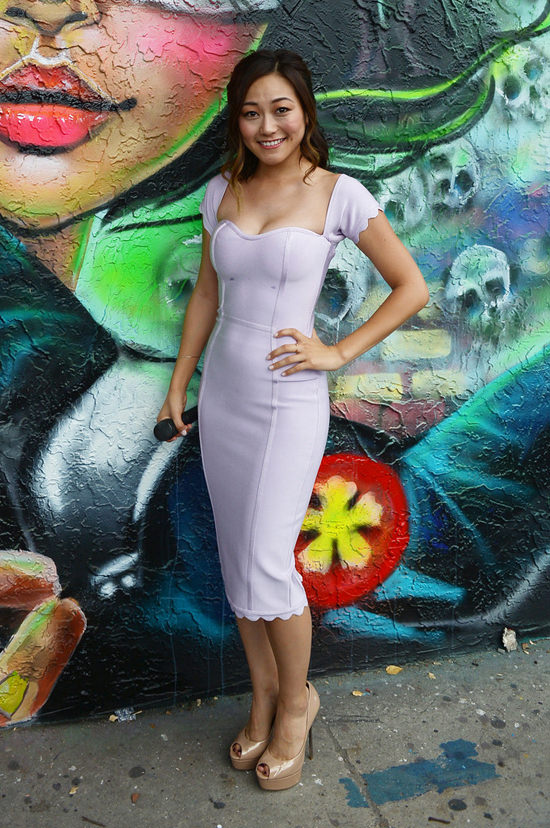 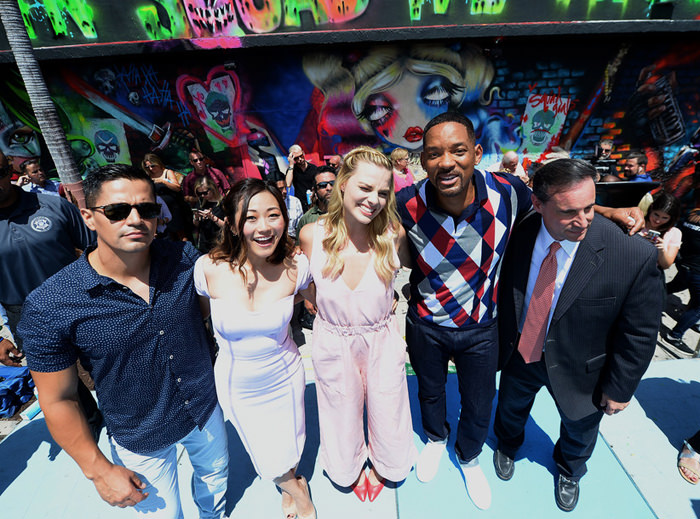 The big story here is that Margot and Jay only packed one outfit, it would seem.

Karen, we feel like you could use a little help. Your first look was weird and your second is so conventionally generic as to be invisible. You need to stand out way more on this tour, girl. When you’ve got Margot Robbie on one side of you and Jared Leto on the other, you better bring your attention-seeking A game.

Will continues to dad. Finely.