Teyonah Parris in Juan Carlos Obando at the 2016 ESPY Awards

If there were such a thing as a T Lo Head Styling Award, this look would be the winner, hands down: 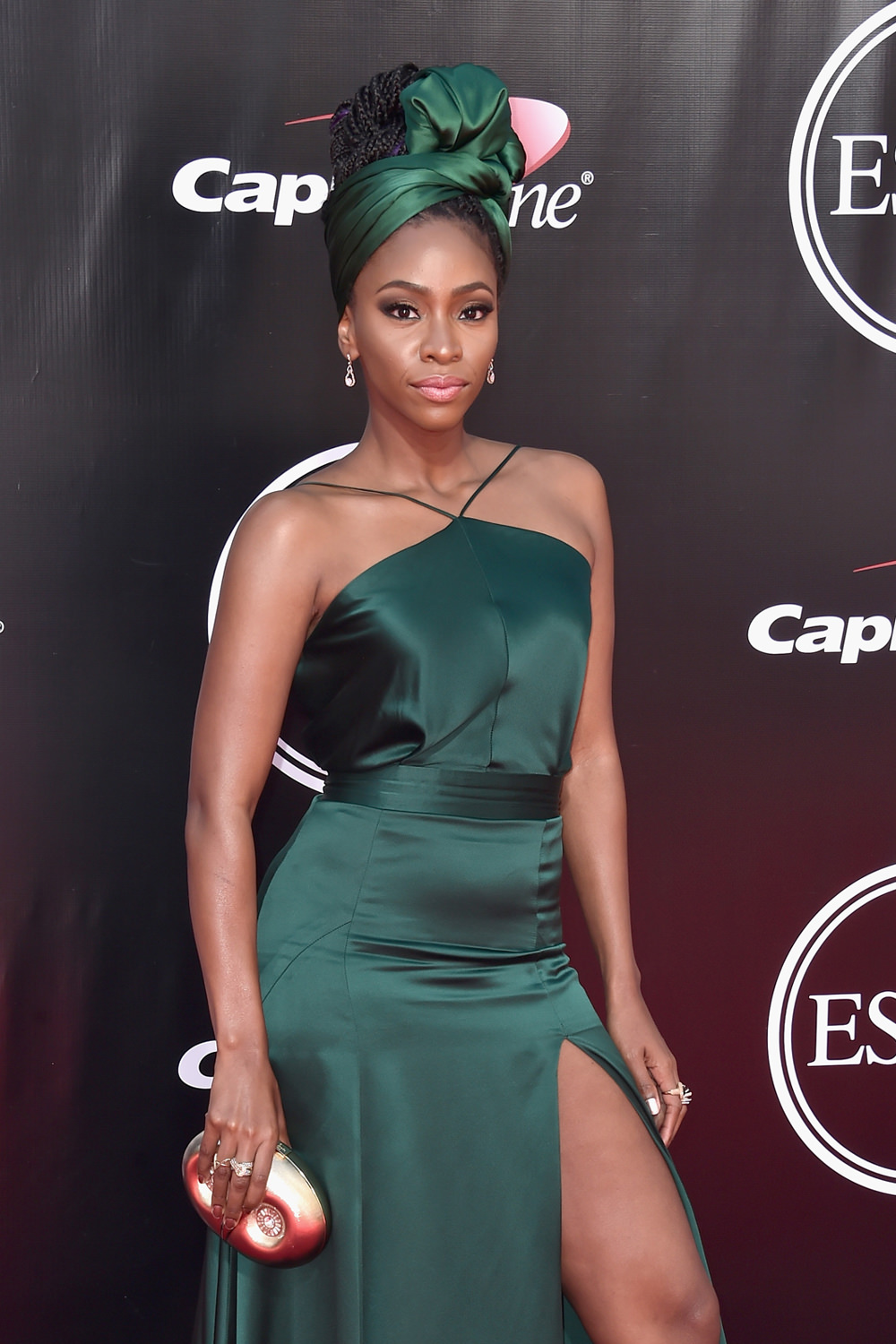 You serve up that fabulous head scarf realness, Lady. That shit is fierce.

The dress? Only so-so, we have to admit. Too many very visible seams and puckers, from where we’re sitting.  It bugs a little that the dress and scarf don’t quite match. But we love the bag and shoes, and like we said, everything north of her neck is FLAWLESS, so maybe it’s for the best that the dress doesn’t fight too much.