Home » Fashion » Chris Colfer at the “Absolutely Fabulous: The Movie”...

Chris Colfer at the “Absolutely Fabulous: The Movie” NY Premiere

Chris Colfer attends the premiere of “Absolutely Fabulous: The Movie” held at the SVA Theater in New York City.

We find ourselves intensely curious about Chris’ role in the new Ab Fab movie. We suspect it’s going to be a take on his Glee character, except bitchier. On the one hand, the boy’s got some serious chops when it comes to delivering a well-written verbal bitchslap and we think it would be fun to see him go up against the gals. On the other hand, it would be a shame if he got typecast into only playing snotty little gays. 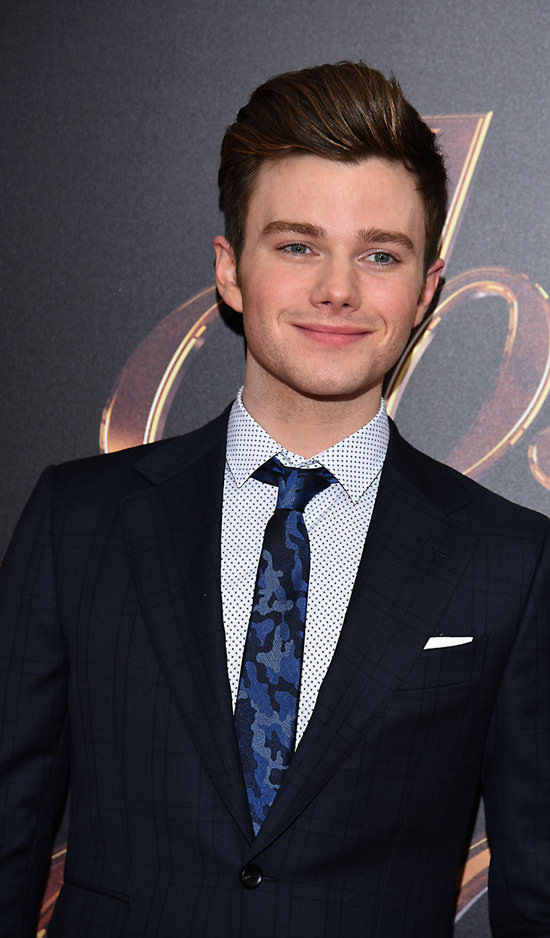 We’re impressed. He was always a little hit-or-miss in his Glee days, but this is more or less impeccable. Plaid, camo and polka dots are a LOT to ask of one outfit, but because it’s all tone-on-tone and the prints are subtle, it works surprisingly well.

He hasn’t aged one day on his face in the last several years, and he probably won’t for another couple at least, but the style choices speak of a maturity that suits him well.

And we didn’t realize until just now how long it’s been since we’ve seen a skinny suit jacket that actually fits the wearer impeccably. Guys, if you’re not built for the skinny suit, don’t force yourself into one.