Home » Fashion » Jennifer Lawrence in Antonio Berardi at the 2016...

Jennifer Lawrence in Antonio Berardi at the 2016 GLAAD Media Awards

Hmmm. While we’re all for a gal putting on a big poufy Carrie Bradshaw-style tutu when the gays line up to give her a prize… 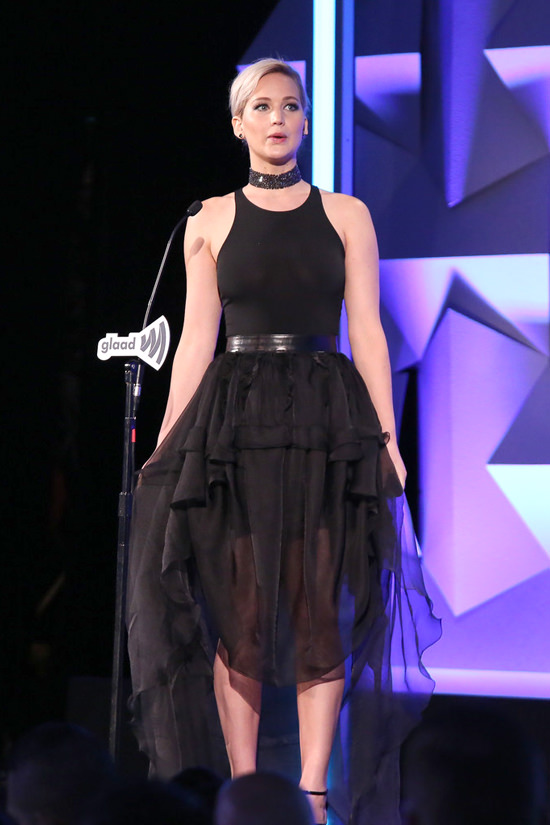 This is kind of a sad iteration of that kind of look, no? The top part doesn’t quite feel like it goes. The sporty neckline and straps are working against the disco-queen vibe of the skirt. And those shoes are kind of awful. Or are they just awful with that skirt? We’re asking. Not that we think better styling is going to make that skirt look any less awkward, but it could help pull the look together a little.

On the other hand, her hair and makeup are pretty fantastic.

What’s the bitter kitten consensus on the new choker trend? We’re not feeling it.