Miss Britney had herself a night, darlings! Since we are all about pop divas going through rapid-fire costume changes for our entertainment, let’s take a stroll through her looks for the night, shall we? 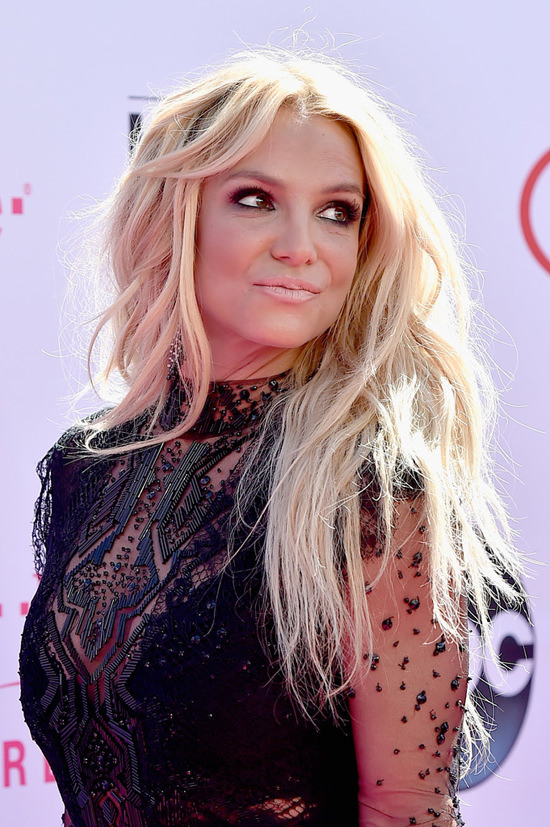 Britney is, of course, sui generis – when she wants to be. And while we tend to bemoan the modern trend of female pop stars dressing like circus performers or superheroes (if for no other reason than its staleness at this point as a style archetype), it should be noted that Britney had a major hand in mainstreaming this trend in the modern day.

This is all a prelude to the following: She’s Britney, bitch. This is what you pay to see. It’s not tasteful, it’s not chic, it’s not even what we’d call fashion. It’s her superhero costume. Captain Britney.

It’s also underwear with delusions of grandeur, but you can blame that little pop starlet look on Madonna. Here we go. Circus performer morphing into showgirl. It simply doesn’t get any more Britney than that. As we said, it’s not fresh, but she’s in no-last-name territory, a la Cher, Mariah and Madonna, which means she gets locked into a specific look and probably won’t stray far from it for the rest of her career. Beyonce does more work than any other major diva to not get locked into one specific look, but even she has seen her style options narrow over the years. And then there’s this. We’re not gonna be particularly forgiving about this one. That is some tacky-ass shit, girl.

We can forgive a lot when we’re talking stagewear and costumes, but this is something that likes to pretend it’s a dress  — when it’s clearly some sort of hologram projected onto her body.

Her panties are blinding.

And yes, we are SO grateful to her for giving us the opportunity to compose that sentence.

Previous post:
Emmy Rossum in Marchesa at the 2016 Peabody Awards Next Post:
Joseph Gilgun, Ruth Negga, and Dominic Cooper at the “Preacher” Premiere