Because why wear just one fabulous outfit somewhere when you can wear two, right? We are dead. Killed by the fabulousness.

But let’s resurrect ourselves long enough to look at her other outfit: 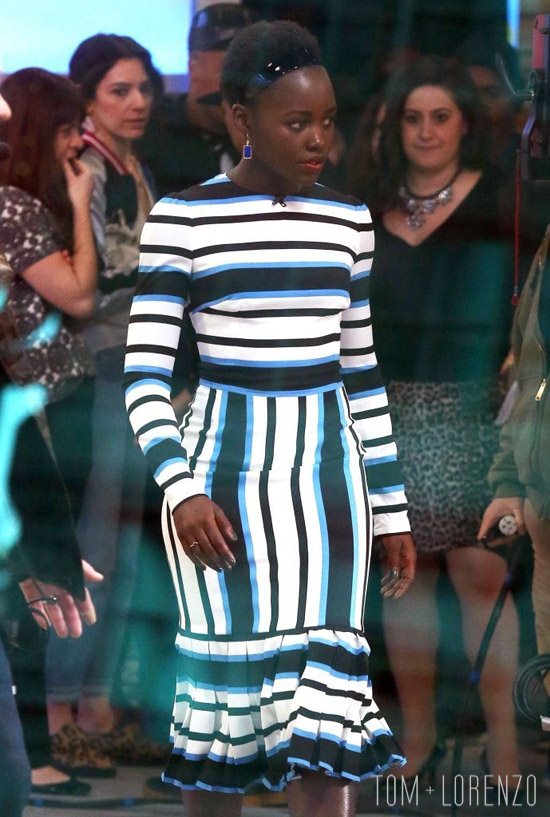 She’s really got a knack for picking and wearing D&G. Both dresses are fabulous, but her scarf-and-shades combo in the first look is straight up killer chic.