Lena Dunham at the 2016 Blossom Ball 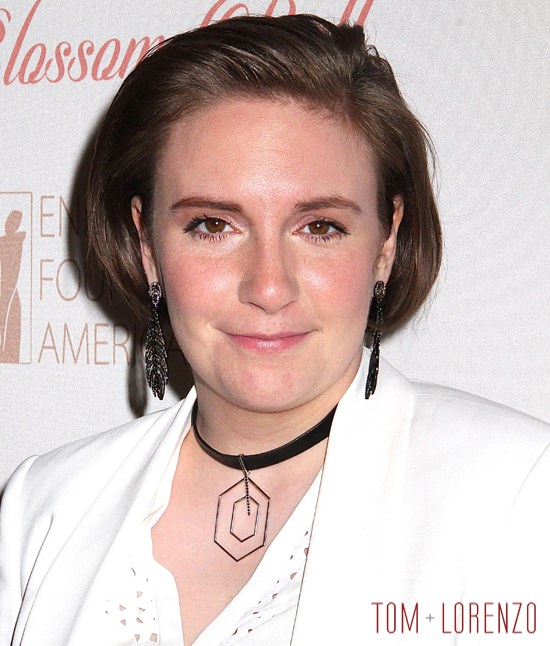 Also, she’s clearly taking the event seriously – and it’s an issue near and dear to her so why wouldn’t she? Our point is, if she was premiering the new season of Girls, we’d be looking at this rather confusing ensemble with a far more critical pair eyesets. Suffice it to say, we think there’s some oddness here, but she’s as pulled together and polished as we’ve ever seen her. Her head styling is fantastic and we think the skirt can be coaxed into a good outfit (if it is a skirt, and not gauchos, in which case, burn the whole thing), but whatever’s going on with the bust and torso is a little awkward.