Y’know, if you put a starlet in a ’30s-inspired Old Hollywood-style gown, nine times out of ten, we’re gonna fall all over ourselves trying to come up with synonyms for “fabulous.”

So why do we dislike this so much? 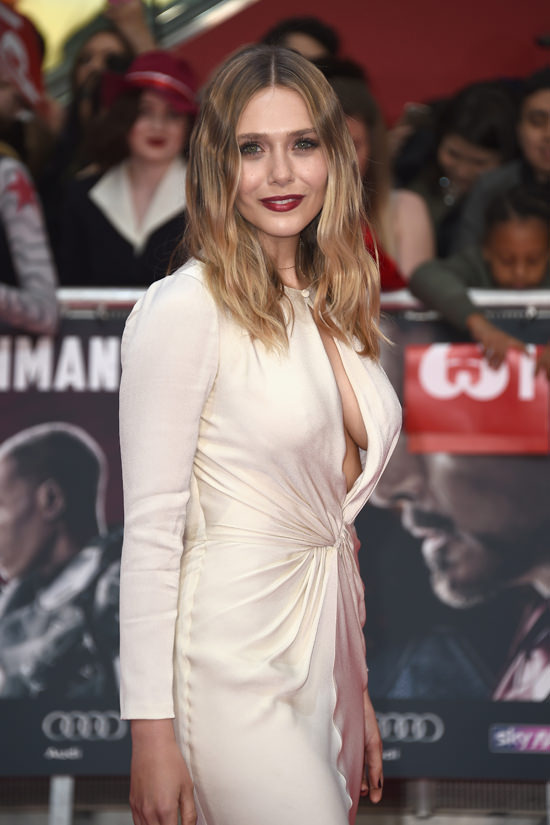 That was a rhetorical question. Let us run down the ways in which it fails:

1) The sleeve length is horrid.

2) The — okay, sewers, we can never tell what we’re supposed to call that thing at her waist. Is it ruching? Shirring? Whatever it’s called, it’s too large and unflattering for the look.

3) It’s cream-colored. Really, girl? Jean Harlow would’ve worn this in white – and only in white. You need a more declarative color than something only a few shades lighter than your skin tone.

4) The hair is all wrong for the look. It’s also wrong for the shape of her face, but we blame Paltrow for convincing every blonde in Hollywood she could pull off the stringy center part.

5) That keyhole is entirely too large. It looks okay from the front, but the side view is unfortunate. In other news, we feel we should congratulate on her spectacular boobs. Even we were all, “The dress is tacky, but DAMN GIRL…”

Did we miss anything?