Okay, we feel kind of bad for the last post, so here’s something fabulous to make up for it. But first, Mr. Press Release would like a moment of your time.

The Costume Institute’s “Manus x Machina: Fashion in an Age of Technology” exhibition press presentation at the Metropolitan Museum of Art in New York City.

“The Costume Institute’s spring 2016 exhibition, presented in the Museum’s Robert Lehman Wing, will explore how fashion designers are reconciling the handmade and the machine-made in the creation of haute couture and avant-garde ready-to-wear.

With more than 150 ensembles dating from the early 20th century to the present, the exhibition will address the founding of the haute couture in the 19th century, when the sewing machine was invented, and the emergence of a distinction between the hand (manus) and the machine (machina) at the onset of mass production. It will explore this ongoing dichotomy, in which hand and machine are presented as discordant tools in the creative process, and question the relationship and distinction between haute couture and ready-to-wear.”

It all seems a little esoteric and airy-fairy to us – and it’ll probably make for a lot of fairly broad interpretations on the Met Gala red carpet next week. But it really doesn’t matter because look at all the gorgeousness on display: 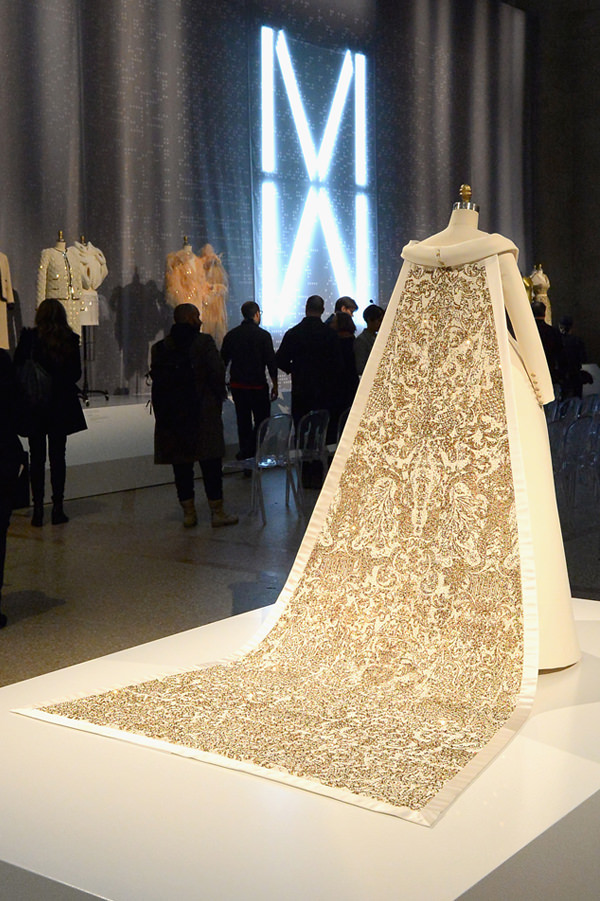 CAN’T WAIT to see this exhibit.

And who knows? Maybe this will be the year Anna Wintour convinces everyone to go fabulously experimental for the Met Gala.