The boys – and even some girls! – are back in town.

Let’s judge them all. 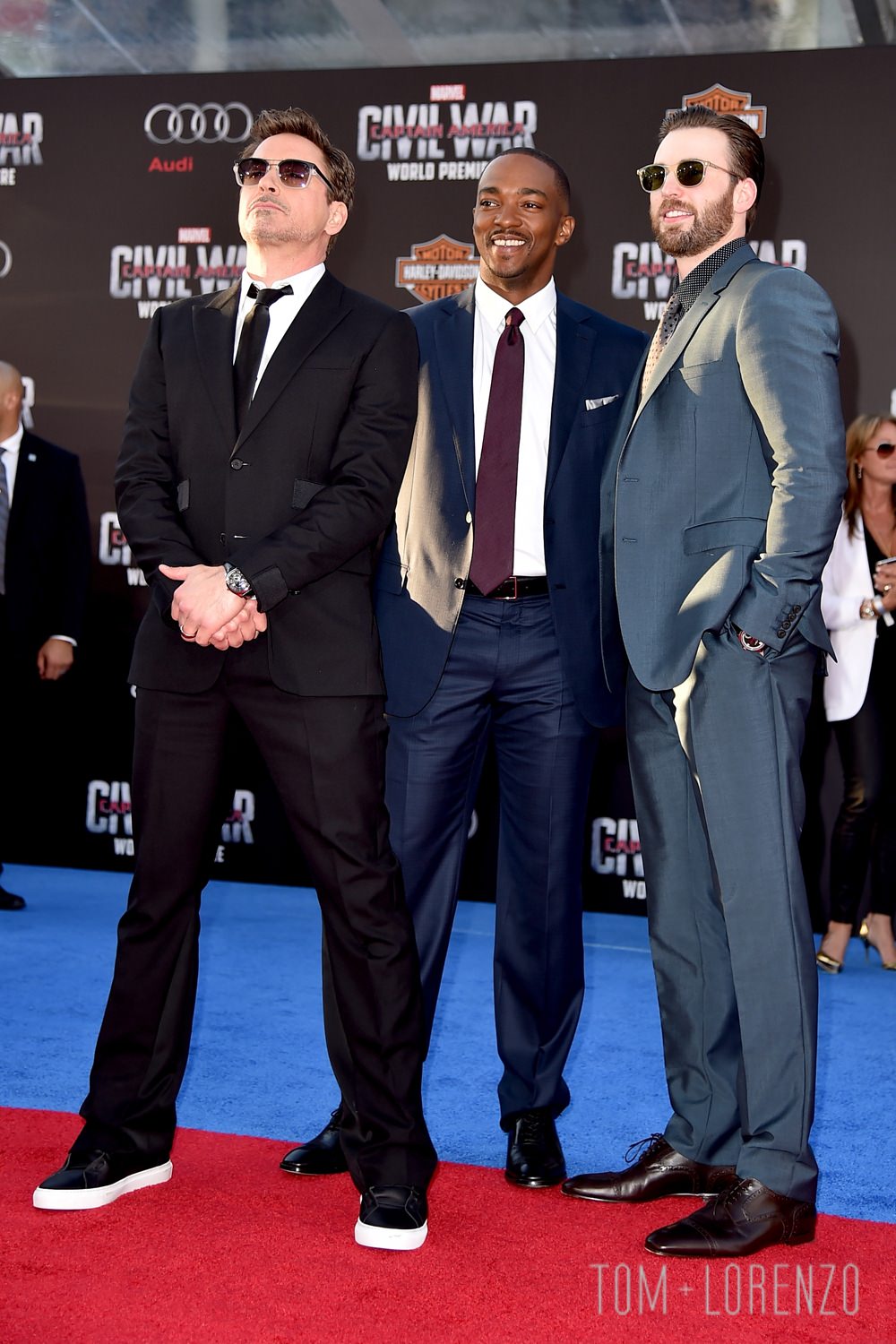 Could it be that our little Bobby Downey Jr is growing up? Those pants almost fit! Those kicks are downright sedate! We’ll take our little victories where we can get them.

Anthony Mackie NEVER buttons his jacket for pictures. It drives us nuts. You’re not going from table to table at a wedding reception, mister. Button that shit up.

As for Captain America… We’ve seen this before. Too many times, in fact. Someone clearly once told him he was born to wear a teal suit – and we can’t say we disagree – but it’s practically a uniform at this point. And we think the previous iterations of this look were a bit more impeccable than this version. Gets the job done. Could’ve used some jewelry but since this isn’t her project, maybe she felt she’d gotten dressed up enough. The color looks great on her. Pretty enough, but kind of generic. Certainly not memorable. Girl, you need to step it up. This is a moment to get noticed. Not everyone could pull off that shape, but it’s so in her wheelhouse that she makes it look effortless. While we appreciate that he matched his pretentious lenses to his suit (and that really is quite admirable), we’re a bit disappointed that the fit is off. And to be honest, even we question the idea of a lavender suit – especially on such a pale guy. The suit is dull and he could use a haircut but even then, he can still GET IT.