Kittens, it was the MTV Movie Awards! And as per the uzh with these things, the fashion on display ran the gamut from tacky to questionable! It’s just different enough to keep from being boring. Could’ve used some jewelry, though. Cute, but we still hate that hem length. This is a very confused dress. 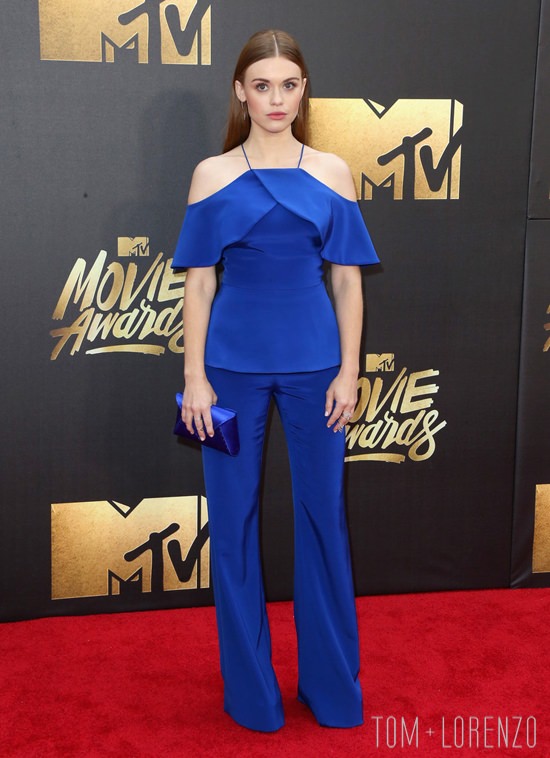 Why pick Dolce & Gabbana when you clearly wanted to wear a Versace? We don’t like the hair at all, but we’re surprised at how much we like the sheer parts of the dress. Stephen, DadStyle is not your thing. Ditch the kicks and and find a jacket that fits you. That jacket is a hate crime.