This is going to be AMAZING. “Starz announced Richard Eyre’s adaptation of Ronald Harwood’s critically acclaimed play “The Dresser,” starring Ian McKellen and Anthony Hopkins, will premiere on STARZ on Monday, May 30th at 9 PM ET/PT. “The Dresser” will also be made available simultaneously on May 30th for STARZ subscribers on STARZ PLAY and STARZ ON DEMAND, in the U.S. Starz also released a first look at the trailer for the movie for television which is an adaptation of Ronald Harwood’s play, adapted and directed by Richard Eyre (Notes on a Scandal, Iris).” 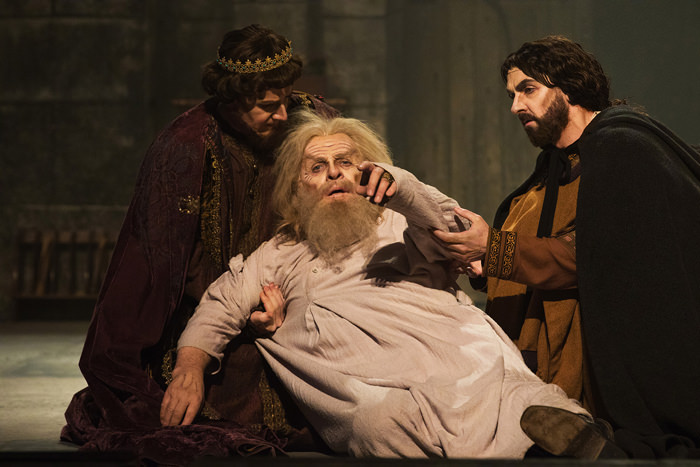 “The Dresser” brings Ian McKellen and Anthony Hopkins together on screen for the first time in their acclaimed careers. It also marks Hopkins’ first appearance in a television drama in more than 20 years. “The Dresser” tells the story of one fateful night, backstage in a small regional theatre during World War II as a troupe of touring actors stages a production of Shakespeare’s “King Lear.” Bombs are falling, sirens are wailing, the curtain is up in an hour but the actor/manager “Sir” (Hopkins) who is playing Lear is nowhere to be seen. His dresser “Norman” (McKellen) must scramble to make sure the show goes on but will Sir turn up in time and if he does will he be able to perform that night?” “The Dresser” is a wickedly funny and deeply moving story of friendship and loyalty as Sir reflects on his lifelong accomplishments and seeks to reconcile his turbulent friendships with those in his employ before the final curtain. It was first adapted for the screen by Harwood himself 32 years ago, in the 1983 Peter Yates film starring Albert Finney and Tom Courtenay. The current production reverts to Ronald Harwood’s original text as it was written for the stage.” We should probably pull ourselves together, but what else needs to be said? It’s Anthony Hopkins and Ian McKellen acting their fucking faces off. Are we there?

Oh, we are SO there.