Home » Movies » Dakota Johnson and Jamie Dornan on the Set...

Dakota Johnson and Jamie Dornan are spotted on the set of “Fifty Shades Darker” in Vancouver, Canada.

We have two thoughts when we look at these pictures, darlings. 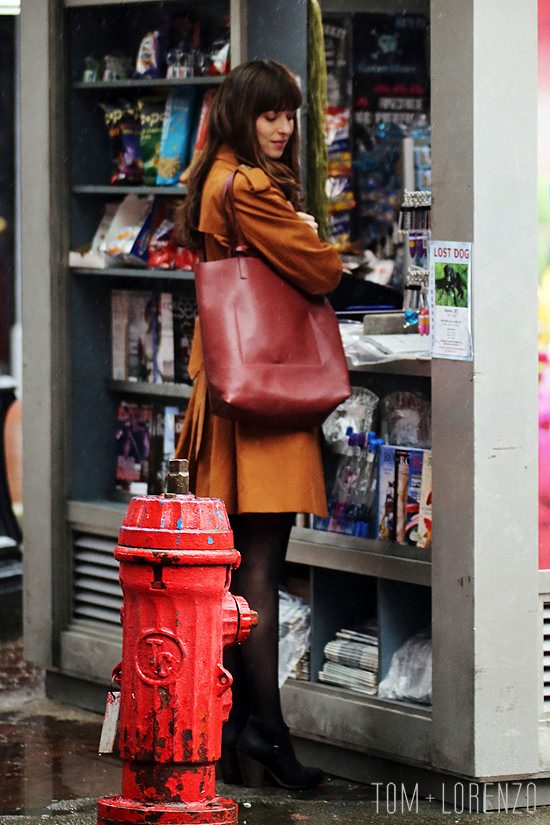 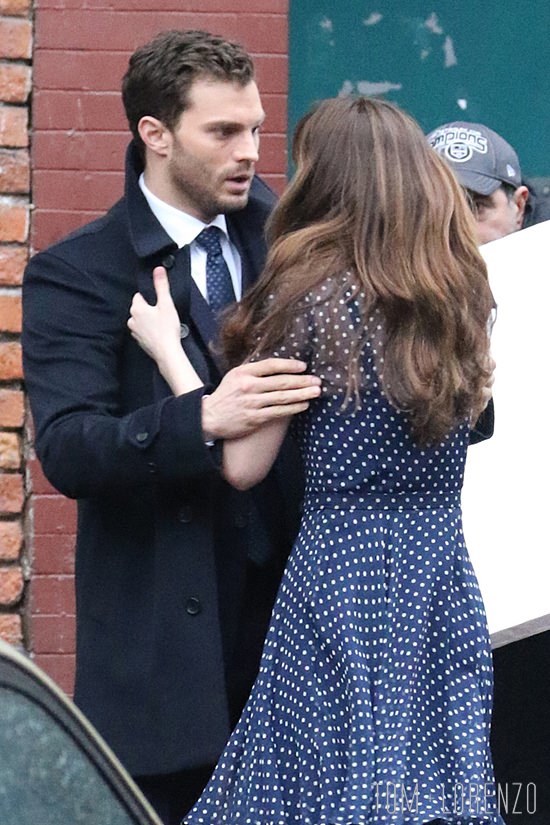 First, that it would take DeNiro/Streep levels of acting skill to convince the audience that these two actors don’t detest each other. These two are many things, but their generation’s DeNiro and Streep they are not.

The second thought is that they’re costumed beautifully. Seriously, their clothes are memorable, declarative, stylish, and yet they don’t seem over-styled or too precious. They look great.

We know the first film surprised everyone by being a runway hit, but it was also largely considered one of the worst films in years. It’s possible there’s an audience dying for a sequel, but we assumed the first film’s big numbers owed a lot to audience curiosity. Is there really a reason for anyone to be curious about this story anymore? Did you see the first one? Would you see the second?