This lady sure does know how to turn it on when she wants to. 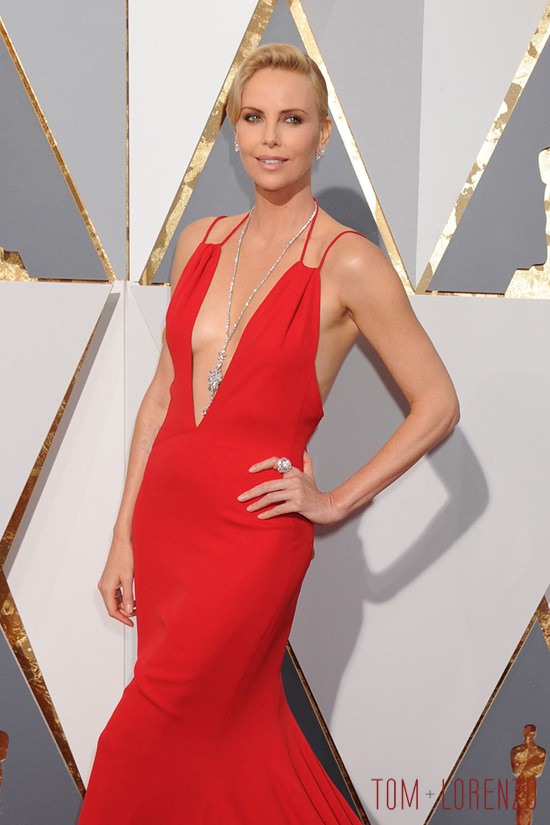 Now that is a frigging MOVIE STAR. The drama rating is off the charts.

But we have to say, we don’t love the shape of the neckline, which is a bit too broad up top. Also, the bust transitions into straps at a point just a bit too high for our liking. But we LOVE the pendant. It’s a great way to set the whole look off and just rare enough on the red carpet (we’ve been asking for years when they were going to come back) to make it stand out. And the hair and face are, as per the uzh, flawless.