Home » Fashion » Christina Hendricks in Christian Siriano at the “Hap...

She gets that very Joan-like “Hendricks smirk” when she knows her shit don’t stink at the moment: 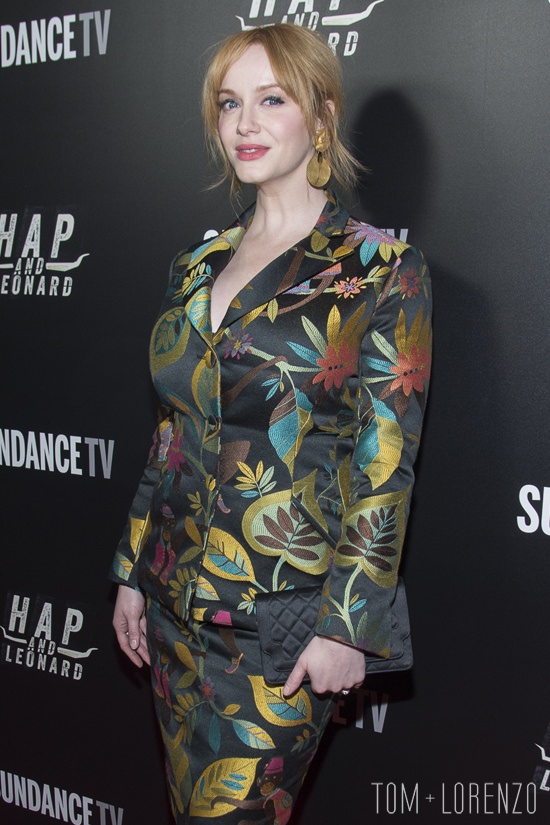 She is so clearly FEELING this one. And we don’t blame her. Suits with pencil skirts are always going to be very high on the list of looks that she outright owns. We understand why she doesn’t want to appear like this in public all the time (since she appeared like this pretty much constantly through seven years of Mad Men), but we’re always grateful when she resigns herself to it, because the results are usually so much better than when she tries other, less suitable styles.

LOVE this textile. Love her for being a bit brave about wearing it, since super bold patterns – especially if there are monkeys involved – are fairly risky on the red carpet, especially on curvy women. It doesn’t always photograph well. But here? Fabulous. Our only quibble is with the black pump. There are so many great colors in that fabric that she could have pulled out. A pair of gold or bronze metallic pumps would have been our recommendation.