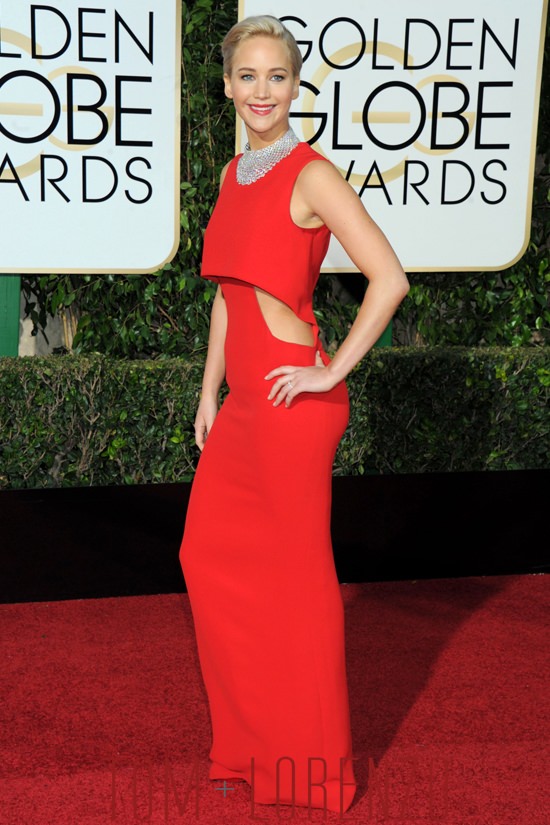 Forget styling. We think if we ever wanted to make money directly off the backs of celebrities, we’d hire ourselves out as image consultants for them. Because when J Law was walking the red carpet last night, we were musing to each other about how she better stay on her very best behavior for the night because we were sensing that the public was primed and ready to pounce on her for something. Sure enough, she got a little obnoxiously condescending with a reporter backstage and now we’re all going to argue over whether or not she’s gotten too big for her britches.

And while you’re all arguing over that, we’ll just slip in the back and quietly say that we love this whole look so much that we think it may be the best thing she’s worn in years. No, really.