True story: At this point in the post-major awards show critiquing, we’re so wild-eyed and over-caffeinated that we wind up just throwing stuff at you because we remember having an opinion about it once. It’s like “HERE’S A DRESS. WE TWEETED SOMETHING ABOUT IT. DISCUSS AMONGST YOURSELVES.” Then we cry a little, have another muffin and just get on with it. 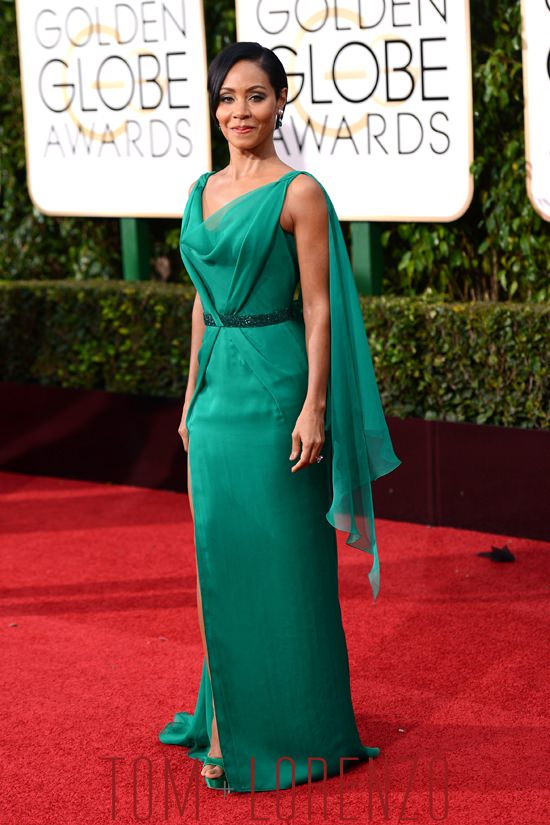 Which is a really HORRIBLE way to introduce this look for discussion, we just realized. Sorry, Jada. It’s just that we actually did tweet a thing when we first saw this and we figure it’s worth discussing.

Jada Pinkett Smith has transitioned away from “FIERCE” and does flawless “chic elegance” now. #GoldenGlobes

Agree/disagree, kittens? We love this look for her and we think when you look at other recent red carpet choices, she’s admirably evolving her style. She’s still going for boldness (after all, we’re talking about Versace here) and making sure to show off at least one asset per outfit (see previous parenthetical), but it seems to us she’s much more classically chic in her choices lately. New stylist or newfound point of view? Doesn’t matter to us. We’re liking the results.