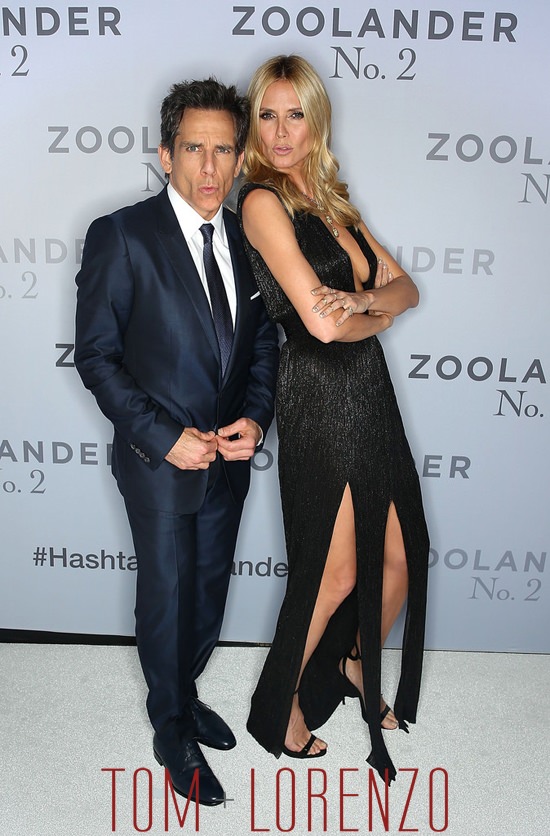 The fashion community is really rallying around this sequel in a way they never embraced the original. Not that we’ve decided Heidi Klum, of all people, is the representative of the fashion industry, just that we’re sensing a lot of “wanting to be seen as in on the joke” from fashion folks when it comes to this film. Which is kind of funny, because Heidi clearly thinks she’s joining Ben in lampooning typical red carpet posing … except this really doesn’t look any different from Heidi’s own red carpet posing.

Anyway, she looks pretty stunning. It’s not exactly an earth-shattering design, but no one can wear a low-cut, high-slit glittery black gown like Ms. Klum. She pretty much owns this look. Ben’s puddling pants and oddly fitted jacket make us sad.

The Chanel No. 5 parody bottle is a nice touch, though.