Home » Fashion » IN or OUT: Gina Rodriguez in Georges Chakra...

IN or OUT: Gina Rodriguez in Georges Chakra Couture at the 2015 Kennedy Center Honors 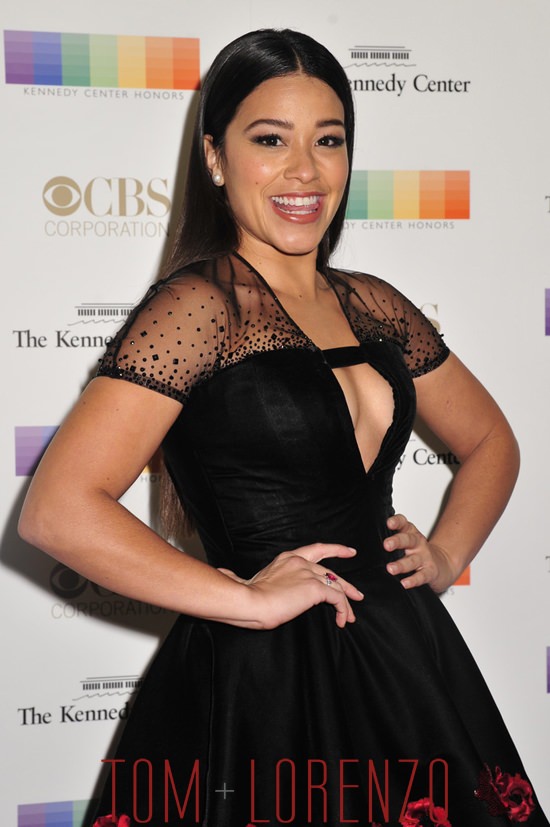 Darlings, we’re afraid this dress isn’t really doing it for us but we wonder if we’re not being a little harsh. We don’t much like the neckline, but we should probably be a bit more supportive of the dress overall because it’s a black dress with sheer elements – and yet we can’t see the wearer’s panties. That alone deserves some props. But there’s this trend lately of affixing big fake flowers on ever dress that walks a red carpet and we have to say, it almost never looks high-end. Even on haute couture, it’s got a “craft store” vibe to it. Plus we don’t like how the skirt goes just sheer enough to see her legs. Not that we’re against seeing any lady’s legs, but we’re so the hell over sheer skirts, even if they aren’t panty-baring.

Are we just being bitches? We’re asking.