Paul Bettany at NBC Studios in New York City during an appearance on “The Today Show.” 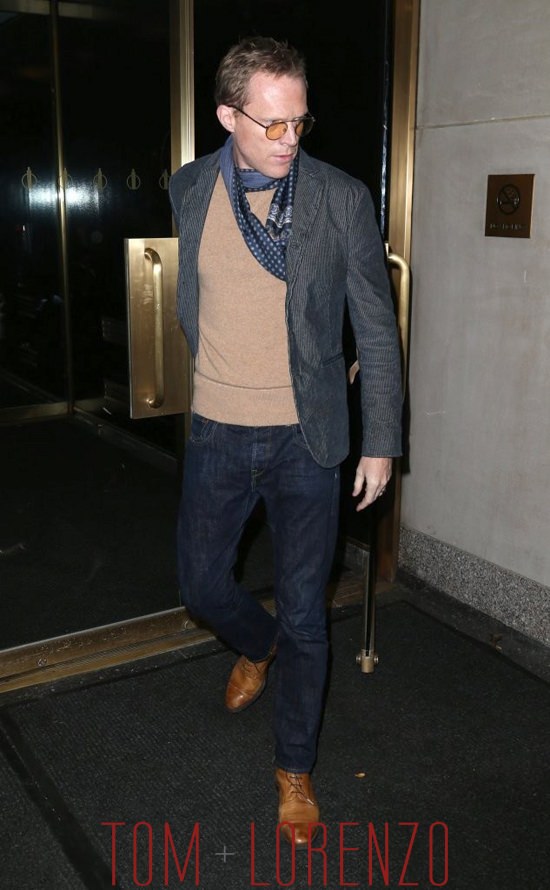 We realize the shades make him look unbearably smug, but we can’t help it. We love the man’s style. It’s a bit effete, a bit arty, a bit Euro – and it all works perfectly for him. It’s not a look for every man, but it’s the perfect look for a man who looks like him. It’s also, not coincidentally, very close to how we tend to dress, which is why we like it, of course.

Having said that, the color of the sweater is a little ugly. Tan is so hard a color to make look chic if you’re a pale white person.