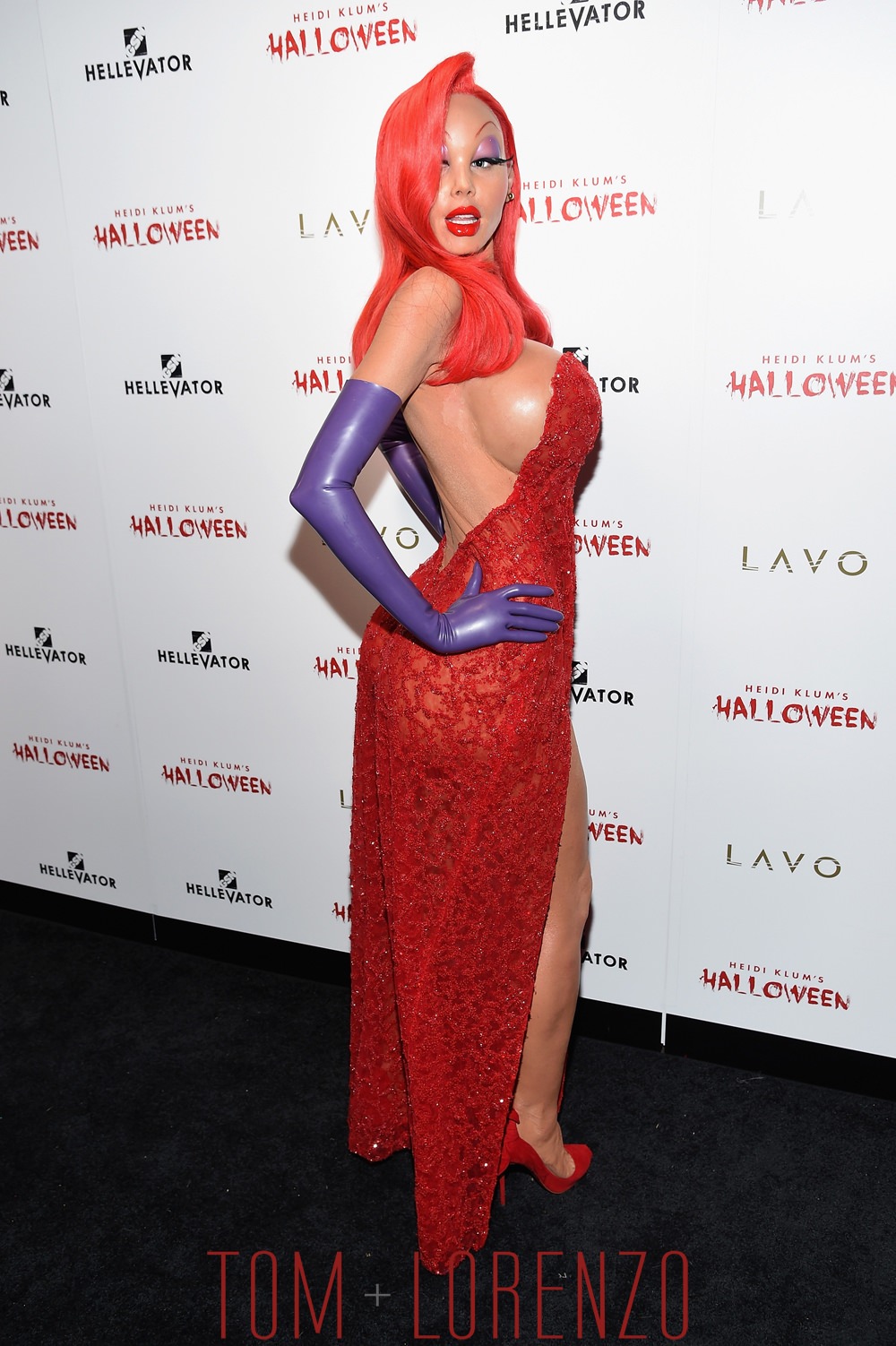 And just like that, a million straight-guy residual boners over a twenty-year-old cartoon character simply evaporated. Good job, Heidi.

We have to assume the intent here was to look scary or grotesque, right? Because there’s no way you can translate the proportions of Jessica Rabbit to real anatomy without making a person look like a total freak. We’re inclined to think Heidi knows this because she has a long history of elaborate Halloween costumes and she never goes for the sexy looks, preferring shocking and grotesque over making anyone’s pants move. Which makes a certain amount of sense. Why would a Victoria’s Secret model want to look sexy on Halloween? That’s for the amateurs.

It really is an amazing, if vaguely nauseating costume.