Ben Affleck on the Set of “Live by Night”

Ben Affleck is spotted filming scenes for “Live by Night” in Brunswick, Georgia. Ben is directing and acting in the new Prohibition-era crime drama. 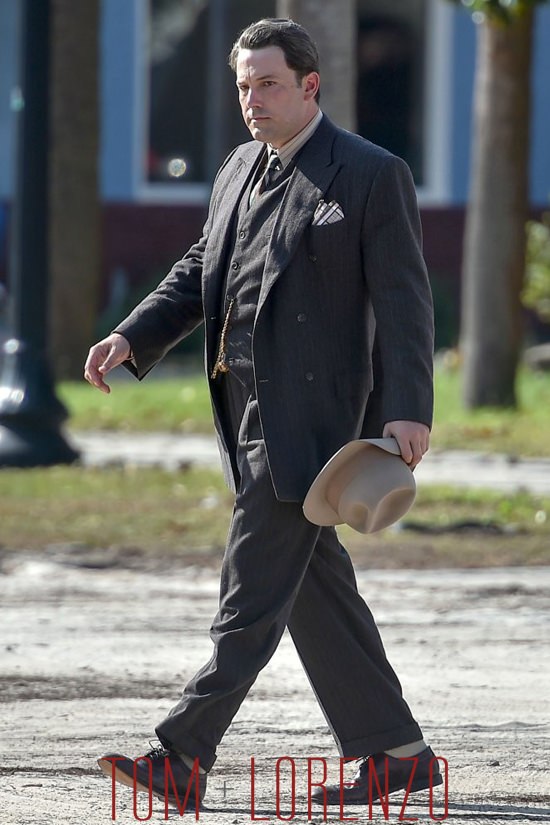 Boy, that is NOT your time period. Put Ben in some ’40s or ’50s styles and he looks right at home, but clearly the ’20s are not the time for him. We suppose it was intentional to make him look so bulky but those suits look terrible on him. Accurate to a fault, but highly unflattering. This may just be the costuming equivalent of Nicole Kidman’s fake nose in The Hours. Prestige via de-prettying.