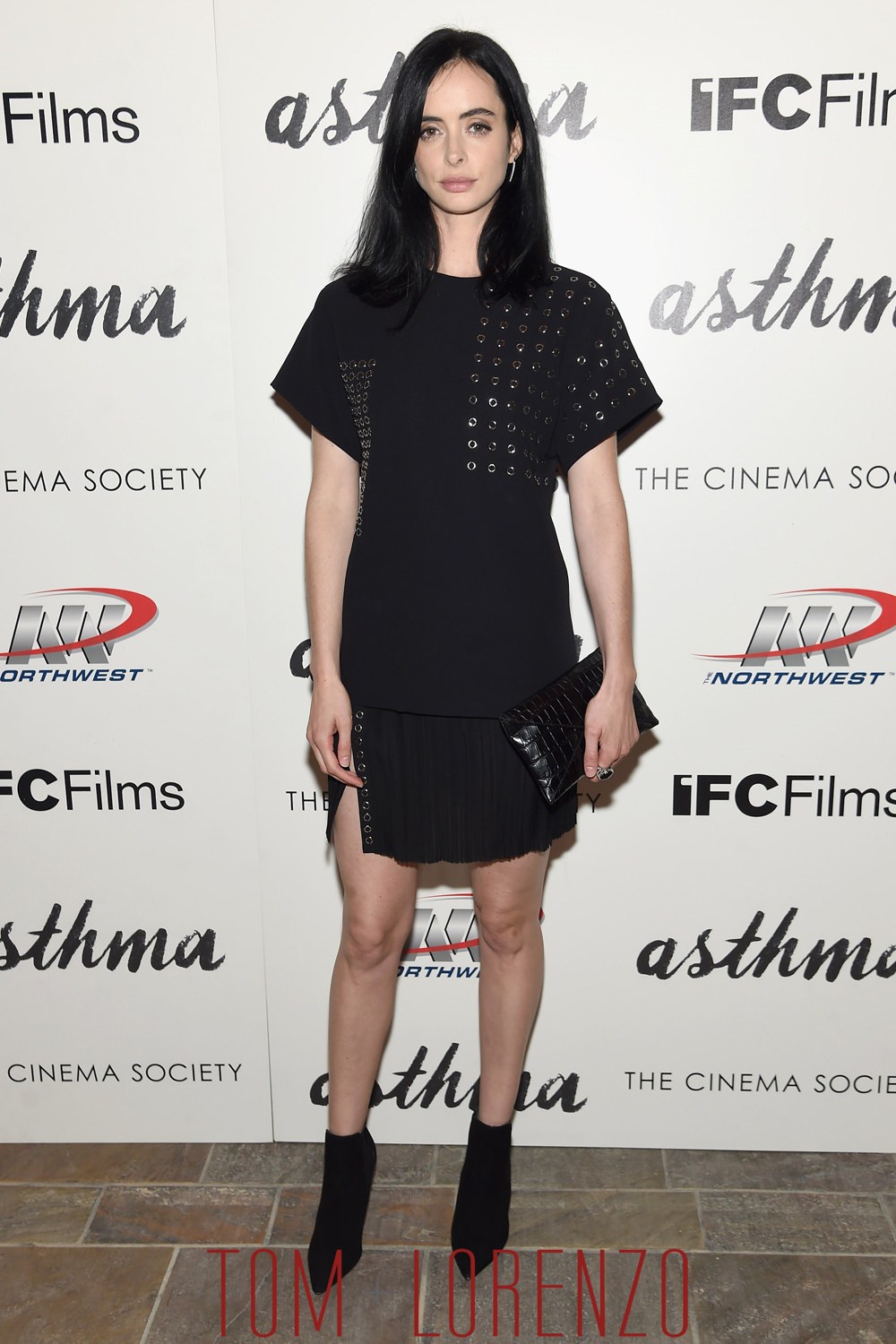 There are two reasons to be excited about the release of Netflix’s Jessica Jones series. One, because it looks pretty damn engaging. We have a feeling Krysten will show herself to have been a perfect casting choice to play the bitter, washed-up failed superhero character of the title (which is set in the same world as Netflix’s Daredevil, and by extension, the entire Marvel cinematic universe, from The Avengers to Agent Carter) and the teaser trailers are getting us more excited with each new one released And two, because it means Krysten will be embarking on a red carpet and photo call poledance to promote the series, and that’s always a good thing for us because she makes interesting style choices. We’re not feeling the accessories here, because we don’t think they do much to play off the clothes, but the top and skirt work really well for her. It’s not every gal who can work a grommet. We’d have recommended picking up the silver accents somehow with the accessories to jazz it up a bit.