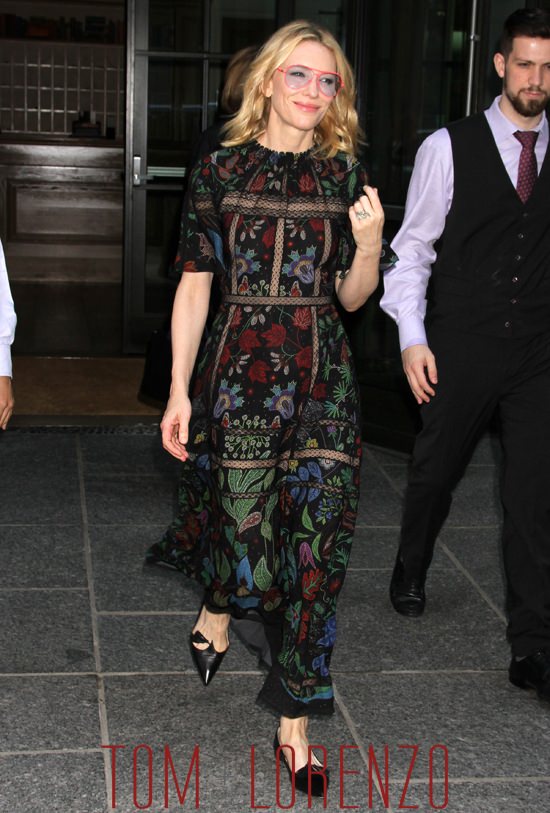 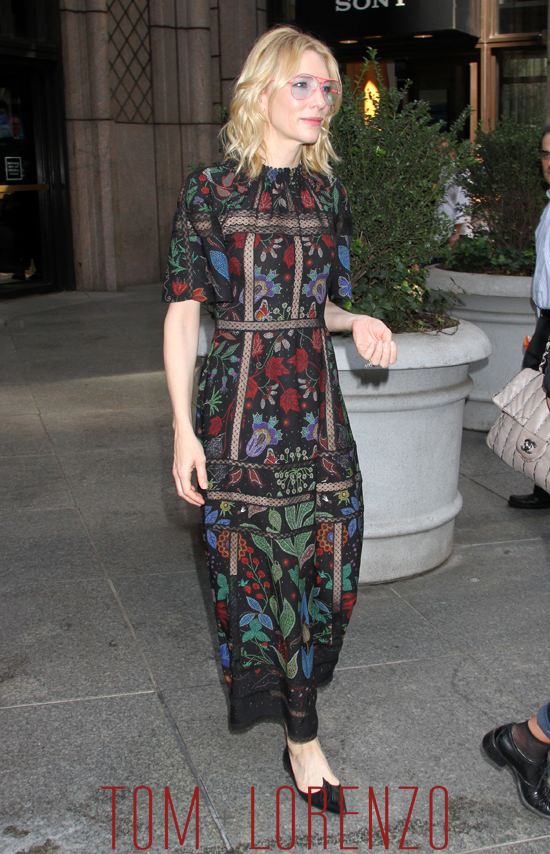 It would appear that Cate is having herself a bit of a seventies moment, going by this getup and her Mrs. Roper homage the other day. We shouldn’t be surprised that it suits her, since she’s shown a facility for wearing pretty much any style of look, but it took us off guard when we realized how much we like this. The Gloria Steinem frames aren’t working quite as well as we’d have liked, but it’s not the shape that fails her, it’s the color. We like the shape for her face, the pink is just horrendous, though.

The dress is lovely. A less adventurous person wouldn’t have gone for such retro styling to go with it, but we think it was a quietly brilliant choice. This is a look loaded with charisma. 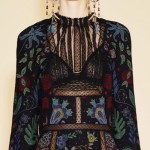 Previous post:
Helen Mirren at the “Trumbo” Accenture Gala Next Post:
Colin Firth on the Set of “Bridget Jones’s Baby”