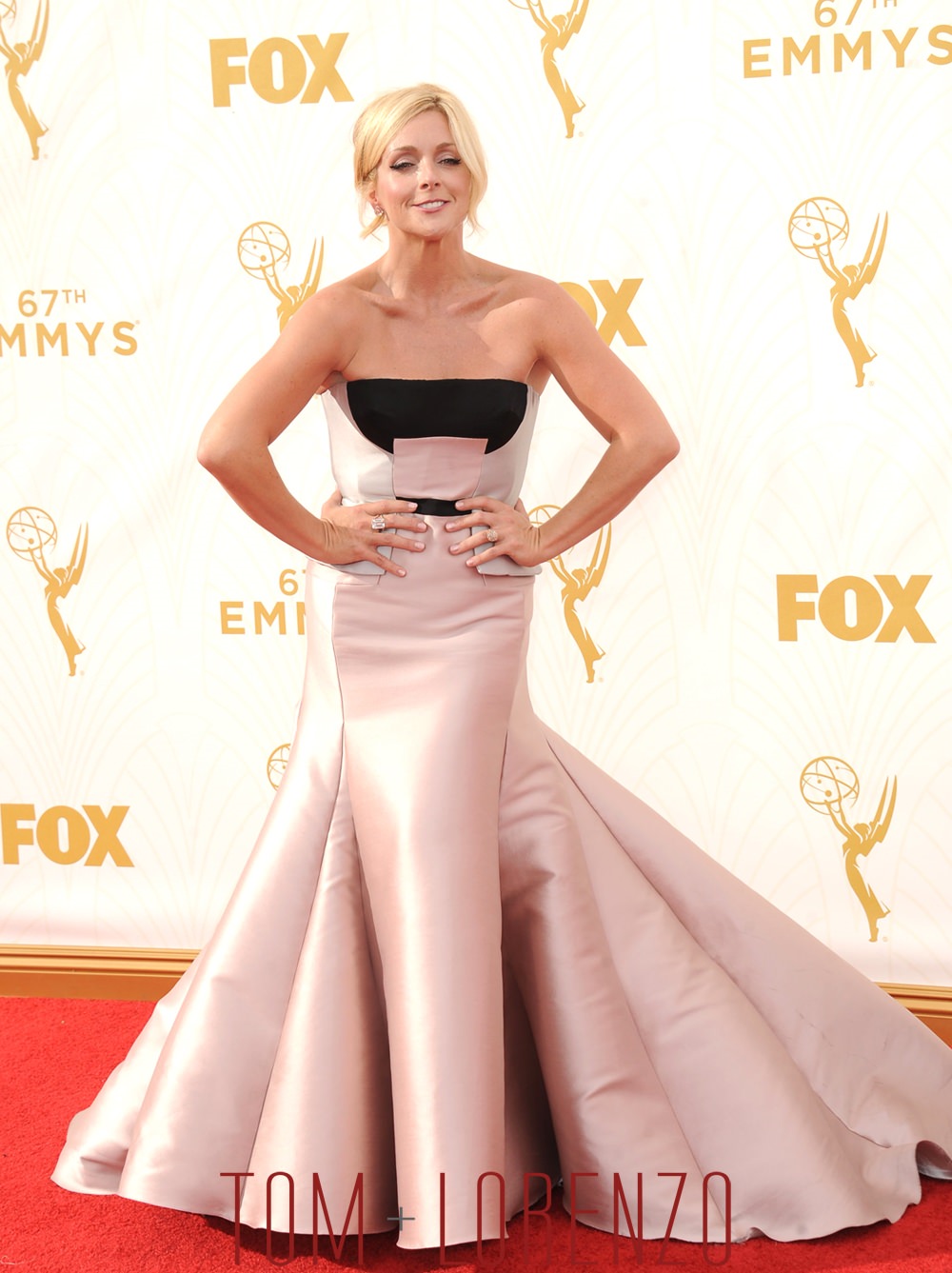 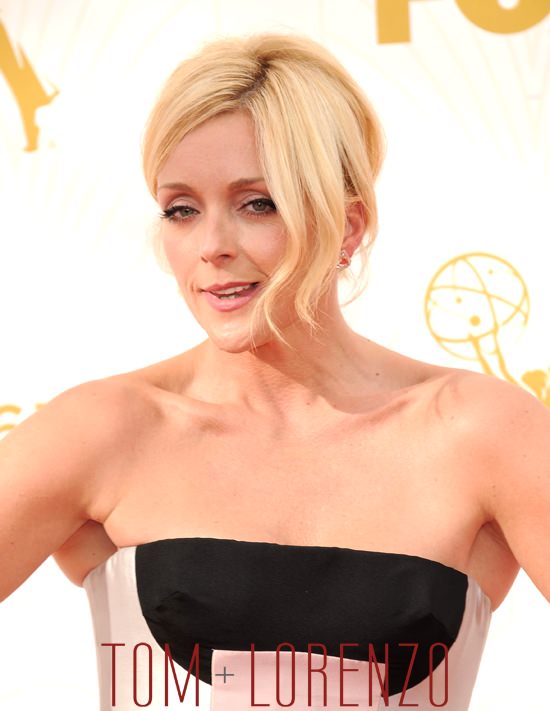 She gets points for posing like she’s living out her fantasy of being a couture model. If nothing else, she’s selling the hell out of the moment.

But in truth, we really like this look, which had a chic elegance not always found on major awards show red carpets. Our only issue with is the bodice, which could’ve been more streamlined and less color-blocked. We’re not always fans of this style of color-blocking in a gown like this because the contrasting shapes feel random tends to make the look naive and childlike to our eyes. That bodice with a cute little mini-skirt would be fine, but over a gown length skirt, it’s only okay. That perfect square of pink just at her bust irritates us.