Darlings, it’s time for a dose of Lenny. Lenny Kravitz is spotted out and about in the West Village in New York City. 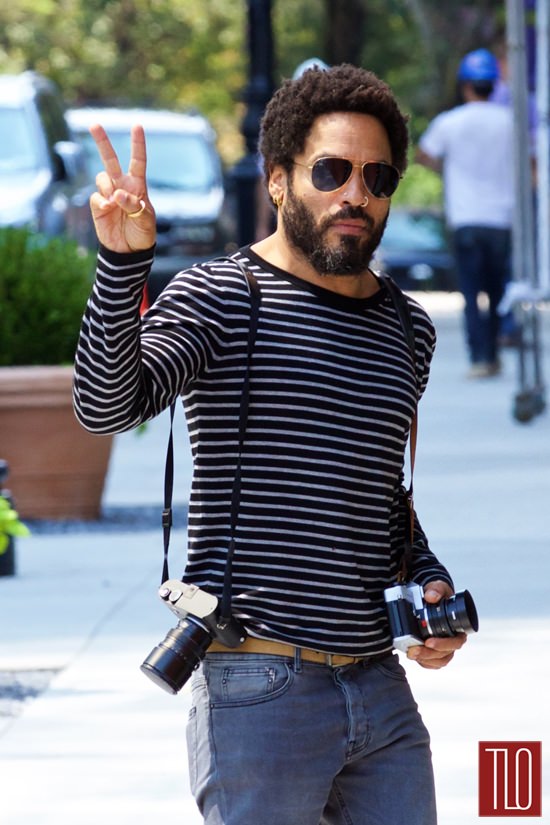 Everything is right with the world.

We probably shouldn’t say this, but since we figure the comments section is likely to fill up with mentions of it … before you gleefully start talking about his wardrobe function and trying to link to pics of it and how you find it so hot, ask yourself if you’d feel as comfortable doing the same thing to a female pop star who suffered a similar malfunction. We’re just saying. We’re gay men who think he’s hotness on a stick but we saw that video once, cringed in sympathy embarrassment for him and never watched it again. Anne Hathaway got quite a bit of mileage slamming outlets that published pictures of her exiting a limo without any underwear on and for the life of us, we don’t see how what happened to Lenny is any different. It’s true that he laughed it off and handled it well, for the most part, but it’s not like he had much choice.